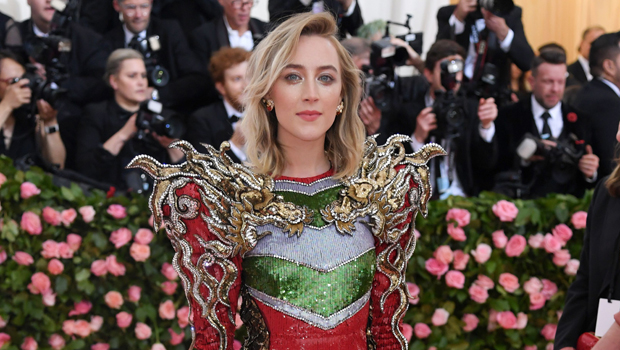 FAMOUS Irish movie star Saoirse Ronan has been ejected from the after party of the 2019 Met Gala, after staff discovered that the Carlow native was topping up her drink with several concealed naggins of Huzzar vodka.

Ronan, famous for her roles in Brooklyn and Mary, Queen Of Scots, raised the suspicions of bar staff earlier in the night by just ordering mixers despite being clearly intoxicated.

When confronted about the loud sound of clinking glass coming from her Gucci handbag, staff discovered that Ronan had cut open the lining of the bag to conceal up to 6 naggins of various spirits, in a move that is known around Ireland as the ‘on your flank bottle bank”.

“Party was shite anyways” fumed Seersh, sitting on the kerb in Manhattan eating a garlic cheese chip while trying to contact her friends to see if they wanted to head somewhere else.

“I wouldn’t mind, but the pints they were selling were pure SHITE” she added, loud enough for the door staff to hear her.

“See next year? Not even going to bother coming around this KIP. Met Gala? More like fuckin’ SHIT GALA. Ah pox, I’ve no credit. Can I use your phone? I just have to text me mates and tell them we’re out of here because the Met Gala is for FUCKIN ARSEHOLES so it is”.

[UPDATE] Ronan ‘tipped home early’ after realising she had to be up the next morning to go to the Blessings Of the Graves.