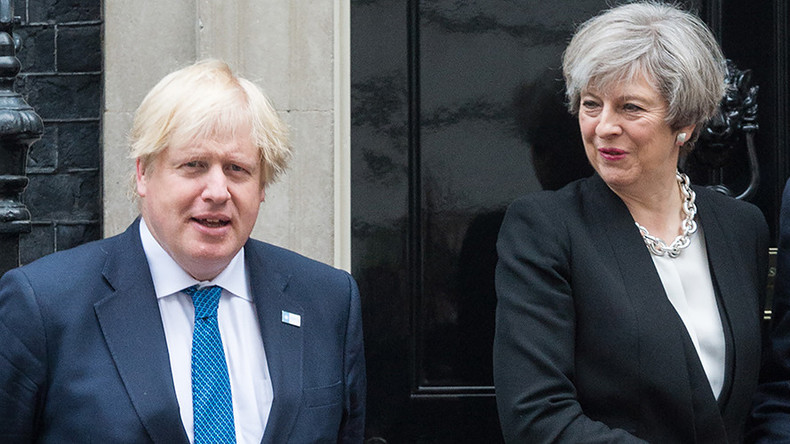 AS the influential ERG wing of the Conservative party continues to insist they could provide a viable successor to the abysmal PM Theresa May, despite the existence of logic and facts, the potential reality of Boris Johnson as prime minister of Great Britain grows ever greater.

WWN takes a look at how that first 24 hours would go before he was ultimately and predictably forced to resign due to myriad scandals, silly little war crimes and a teeny weeny bit of fraud and extra-judicial trials and executions of old Eton rivals.

Hour one: After being installed as PM, Boris takes the oath of office and states ‘last time I swore an allegiance to a Queen, it was in a gay bar in Prague’ after some laughter, the new PM clarifies: “No, really, he had my balls in a vice and I was wearing a gimp mask.” Abolishes social welfare payments.

Hour two: Accidentally locks himself out of No.10 Downing Street with no trousers on like Rhys Ifans in Notting Hill, and inexplicably charms the media with his Margaret Thatcher boxers. Secures parliamentary support to re-sink the Belgrano.

Hour five: Outwits the DUP and secures their cast iron support by agreeing to extend Northern Ireland’s abortion ban to rest of the UK, as well as placing 400,000 British soldiers on the border to ‘tame the savages’ and announces a new Even More Cash for Ash policy.

Hour seven: a mix up sees two of his mistresses arrive at 10 Downing Street at the same time, suitcases in hand and ready to move in. The funny moment sees Boris’ reputation with the British public soar. He revokes all human rights for immigrants.

Hour ten: PM BoJo will have announced 40 garden bridges for every city in the UK, and after spending billions on them, fail to build a single one. Wears a ‘This Is What A Misogynist Looks Like’ T-shirt.

In a show of force he invades Scotland for no reason in particular. The pound plummets in value, but in a stroke of luck and coincidence, PM Johnson’s personal wealth increases 1200% percent.

Hour fifteen: In his first appearance on a new daily slot on Good Morning Britain, Johnson announces he will sue Ireland for defamation over claims the Famine was a ‘bad thing’. Johnson and Piers Morgan then have a competition to see who can lose their erection in the quickest time.

Hour nineteen: In an embarrassing climb down Johnson will have to admit his part in setting up a dozen blood diamond mines in the Congo with some old friends within the first 4 minutes of taking on his new role of PM. In an address to the Great British public he confirms the mines are now closed while Channel 4 runs a live feed showing them in full operation.

In a huge blow to his reign as PM, he only makes 43 million from the business venture.

Hour twenty one: Wears a burka during his first PM’s questions.

Hour twenty three: In response to 103 separate accusations of alleged racist comments PM Johnson appoints a ‘Minister for Darkies’ to appease the public who now demand he resigns.

Hour twenty four: resigns after it emerges he purchased a French Passport on the black market two years ago and is now officially a French citizen. Manages to secure a Graphene grade Hard Brexit for Britain and sets up Mandatory Assisted Suicide Clinics for the Poor before departing office.