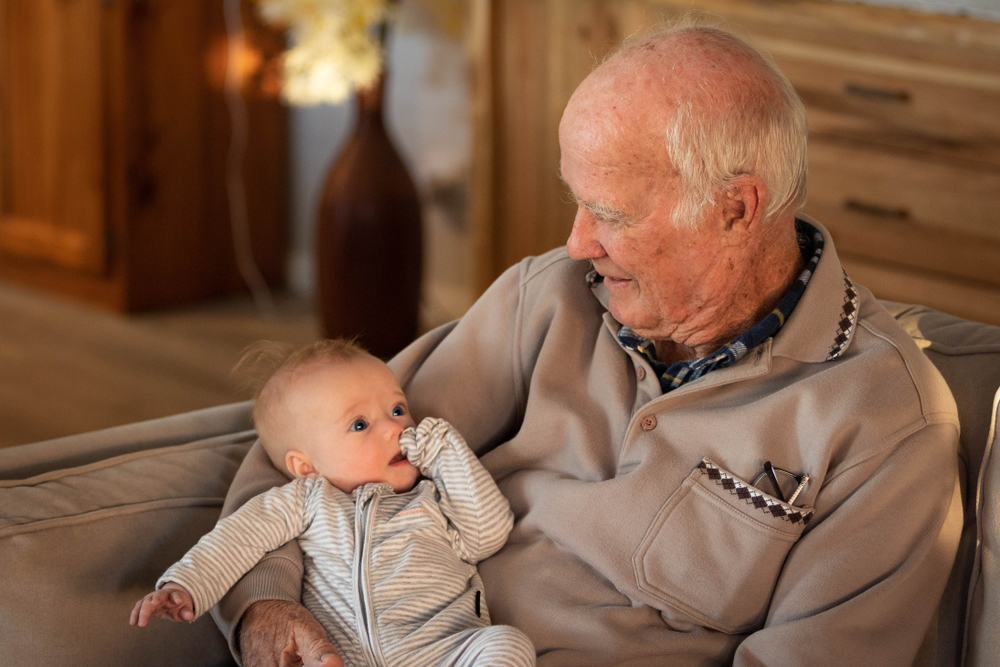 A WATERFORD grandfather, who believes he has 11, maybe 12 grandchildren tops, has confirmed that he has no intention of learning their names or what they like or what they’re doing as that would take a lot of effort and time.

Liam McDaniels, 71, has stated it is his right now as a retired man with ‘fuck all heed in being forced into doing things he doesn’t want to do’ to not bother learning his children’s children’s names and they can take a running jump if they think he’ll change his mind.

“Which one is she now, is that the fat one or the one with the weird eyes?” queried McDaniels when shown a picture by his daughter of one of his grandchildren who is on Erasmus in France. “Ah it’s one in the same, she didn’t get those eyes from me”.

“What’s her name again Laura? Lorna? Lara! Jesus why is she after changing her name,” McDaniels asked angrily after his daughter explained her daughter’s name is and always was Lara. “Well at least Robbie hasn’t changed his name,” added the pensioner of his grandson Richie.

McDaniels has been keen to stress that when it was just the 2 grandchildren back over a decade ago, he found it easy to stay on top of their names, defining features, personality traits and interests, but now that his offspring are ‘breeding like rabbits’ he intended to bring a close to absorbing any new information.

“There’s one of them, just shits themselves all day, and I’m expected to coo and marvel at it like it’s the second coming of Jesus Christ? Just leave me be to watch Countdown in peace and fuck off will ya,” McDaniels said to his youngest son after he arrived with his three children for a surprise visit.

McDaniels confirmed his intention to just rattle off endless names in the direction of his grandchildren at all future family gathering and if he fails to land on a name that belongs to them, so be it.