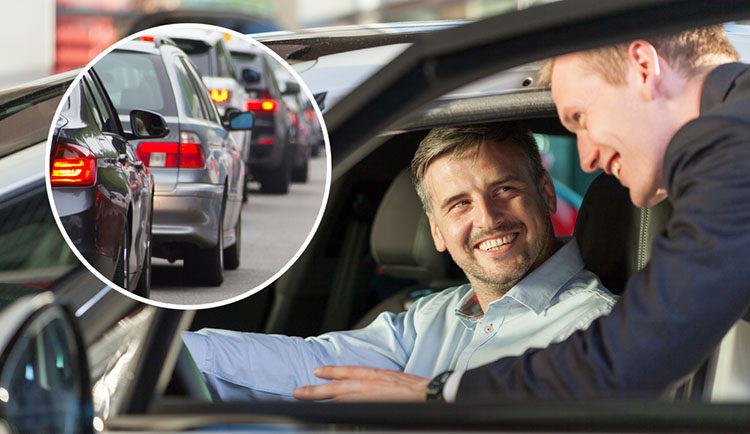 RENOWNED pillars of the community David Tinan and Anthony Feely have brought half of the town centre to a standstill today after deciding to just simply stop and chat on the left lane of the main street, WWN can confirm.

“That was some game last night, Faro is on fire,” Feely could be heard gloating to his friend parked up on the left lane of the busy town centre, now carelessly waving on traffic around them like the world depended on their words, “c’mon ta fuck, you could drive a bus through there,” he barked at an angry Nissan Juke driver staring them out of it.

The men, who seem to be regular stop and talkers in the town, brushed off stares and car horns alike, continuing to carry on their critical talks about last night’s sporting event using empty banter.

“They’ll hardly win it this year, Tony?” Tinan jested out the drivers side window, taunting his pal for the 4th time this week, “jaysis, tis fuckin’ qware busy in town today, hah? You’d swear I had ten heads on me the way their scowling at me here”.

Now blatantly ignoring an ambulance trying to get past, Feely animated an unfair tackle in the second half of the game, glancing intermittently at the paramedic crew, only to leave them through once he was finished his gas routine.

“I better go do a bit I suppose before they send out the search party,” Tinan laughed at his own lame joke as passing motorists scowled at him, attempting to burn a hole through his head with their eyes.

Making sure to overdo his goodbye, Feely shouted an inaudible farewell, before banging down loudly on his friend’s car roof with his hand, a move worthy of a loud car horn reply.