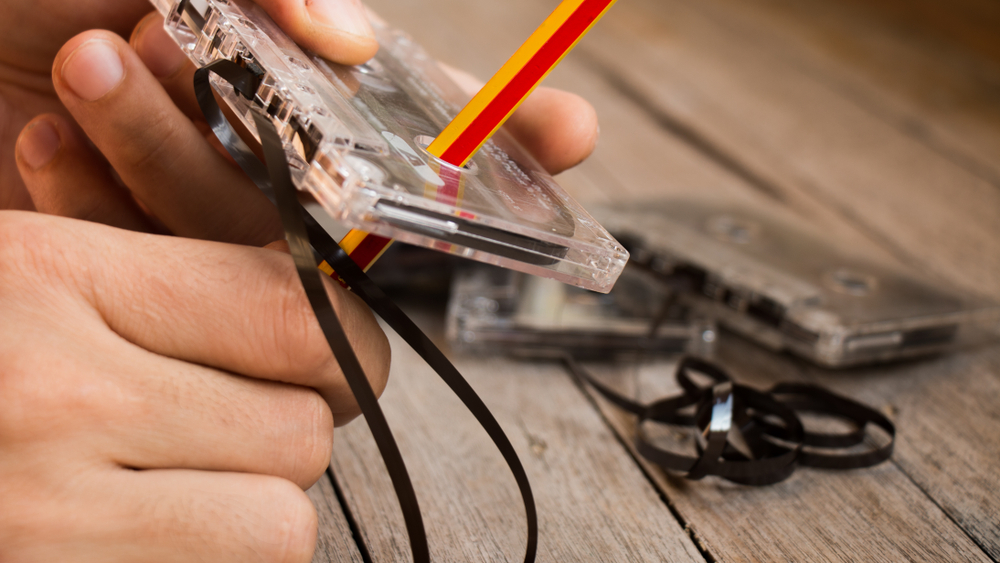 A NEW history module is to be added to the Junior secondary school cycle aimed at showing teenagers what it was like to live during the dark ages of technology between 1980 and 1999, including lessons on how to salvage cassette tapes that got mangled in a walkman, and how to ensure someone doesn’t tape soaps over your VHS recording of Gladiators.

The decision to include archaic tech classes in today’s curriculum comes amid concerns that children today struggle to sync the on-demand, always-on nature of their phones and computers with the stop-and-wait nature of life, for example often becoming aggravated and violent while waiting for public transport or the loading of a phone app.

It is believed that classes in which teenagers cope with technology from the pre and early internet days will teach them patience, respect, and the value of a 2B pencil and a roll of sticky tape.

“Today we’ll be taking a field trip into town to collect the photographs we left in for processing last week, and then we’ll be selecting which five songs we want to download for tomorrows class using our Napster emulator,” said Eric Morris, history teacher at Waterford High.

“We’ve noticed a great increase in the kids’ attention spans after introducing them to the concept of a TV screen from 1978 that not only isn’t touch activated, but also might give you cancer. Our ‘taping shit off the radio’ project has taught them patience and heightened their reflexes, and we’re expecting good things from our outing on Friday, where we’ll be taking out PlayStation to get chipped for 20 quid by this lad in his house”.

Students were unavailable for comment at the time, as they were ‘engrossed’ watching a game of football unfold on Teletext.