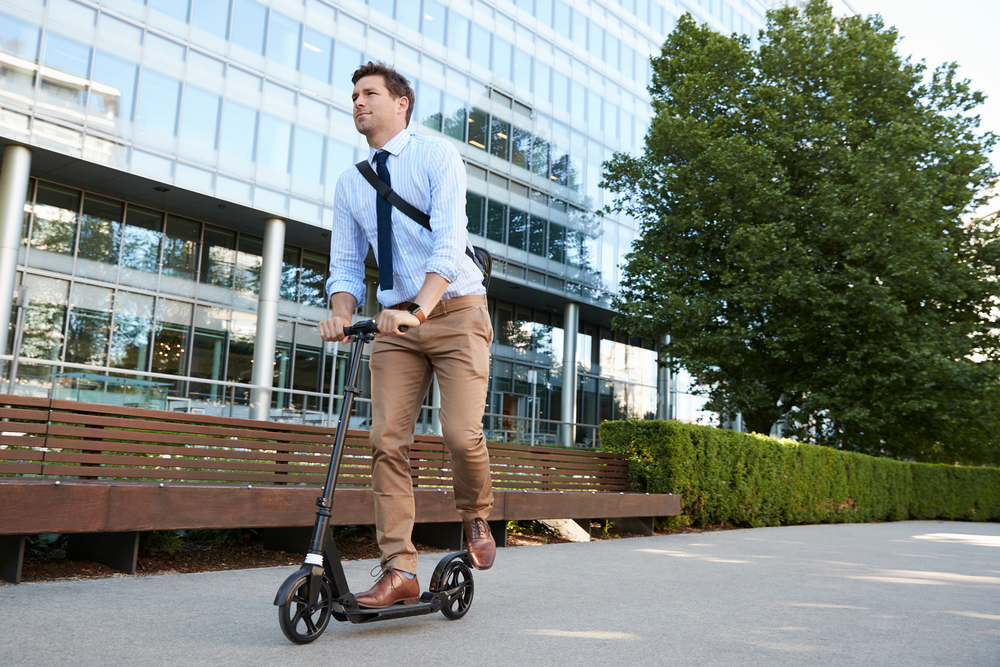 ALTHOUGH his city of residence offers more public transport options than any other place in the country, Dublin man Wayne Dardis insists on traveling to and from his place of work on a micro scooter, not unlike what one might see a child on.

Dardis, a grown man, opts to scoot along the footpaths and cycle lanes between his Smithfield apartment and his Docklands workplace, ignoring the multiple buses, Luas services, as well as ignoring the option of cycling to work on a bicycle instead of something that your nephew would use to do laps of the playground.

Citing the ease of use of his ‘adult scooter’, Dardis explained to WWN just why he chooses to travel around the city using a mode of transport that allows him to travel at the speed of walking slightly fast with a mere fraction of the dignity.

“It’s just really easy to zip around the city on,” said Dardis, showing us the scooter that somehow cost him four hundred fucking euro.

“And look, it folds up, so if I need to get the Dart somewhere I can just flip it over and hit only a few people on the bone of their ankles. Honestly, I don’t know what I’d do if I didn’t have my scooter. Walk? Have a girlfriend?”

Although the scootering man is derided by many, Dardis is a welcome sight in the city for people who cycle those little fold-up bikes, as he takes a lot of the ridicule away from them for a while.