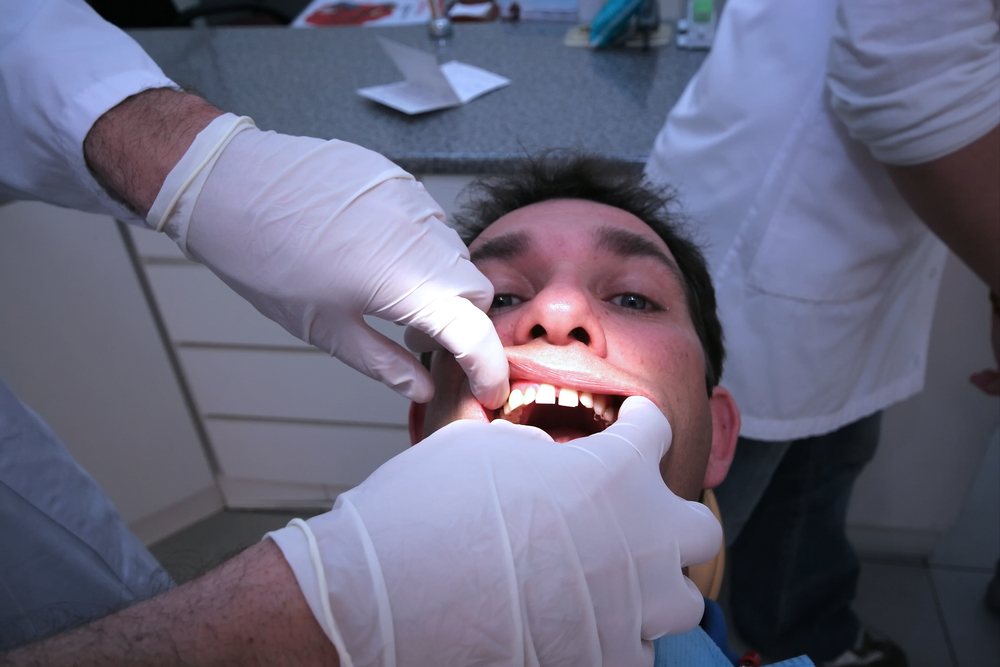 CURRENTLY staring at a series of root canal treatments to save three of his ‘good back teeth’ which will cost somewhere in the region of €1,800, Waterford man Michael Cronell has said he feels ‘vindicated’ in his decision to abstain from visiting a dentist for well over ten years.

Although the dental hygienist at Gums clinic in Waterford City tried to explain to Cronell that avoiding the dentist for over a decade is almost certainly the reason why he needs such extensive work done now, the 36-year-old maintains that he would have been ‘fine’ if he’d just not attended his appointment today.

Forced into the dentist office by blinding, sudden pain that began to appear months ago and failed to be eased by brushing and ignoring it, Cronell now finds himself on the receiving end of a bill for almost two grand, which he describes as ‘the scariest part of the dentist’.

“I’ve always been terrified of the dentist. It’s got my least favourite things.. Needles, drills, and paying out money” said Cronell, bracing himself for having no money for sweets for at least a year.

“And it turns out, I was right to be afraid. I knew as soon as I came in here, they’d find loads of things to charge me money for. Well, I knew it because I could literally feel the cavities with my tongue, but still. €1,800 worth of treatments! Jesus, a dental phobia isn’t cheap, is it?”

Cronell has refused to comment on the idea that a 40 quid visit back in 2007 would have saved him a decade of dental pain and today’s huge payout, as he ‘has enough to be annoyed about’.