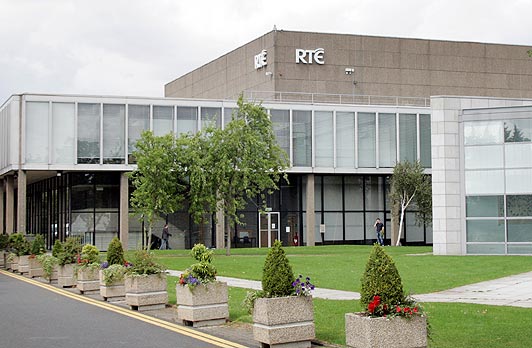 NATIONAL broadcaster RTÉ has admitted that it’s looking for more options when it comes to older DJs and presenters, after an audit which revealed that the ‘retirement channel’ RTÉ Gold is almost full to the brim.

The addition of revered veteran DJ Larry Gogan to the ‘classics’ station following his 40 year career with 2FM has left the ‘oldies’ channel with very little room for the next DJ that RTÉ needs to find a home for, with reports that Gold has ‘room for Joe Duffy, but that’s about it’.

It is believed that chiefs in Montrose may be planning another new channel, possibly called RTÉ Platinum or RTÉ Really, Really Gold, as plans to ‘rejuvenate’ the regular 2FM and RTÉ 1 line-ups continue to leave RTÉ with the tricky problem of what to do with the DJs they want rid of.

“The older DJs aren’t doing anything wrong, so they can’t really be fired… so a station has to be upheld where they can play old classics and not really annoy anyone,” said a source close to RTÉ.

“Who cares if nobody listens, it’s just licence payers money paying their salaries so the lads aren’t really harming anyone. This way, RTÉ can continue to move towards a line-up that’s more attractive to a youth market, and not have to lose face by ‘sacking’ anyone, or giving them a big pay-off. You all like classic hits, right? Well, pretty soon you’ll have all the classic hits you could ever want. Nine channels of classic hits! With all your favourite DJs from the 90s, 80s, and… when did we hire Fanning? 70s? 70s!”.

RTÉ Gold is currently available on five radios across the road from RTÉ headquarters.