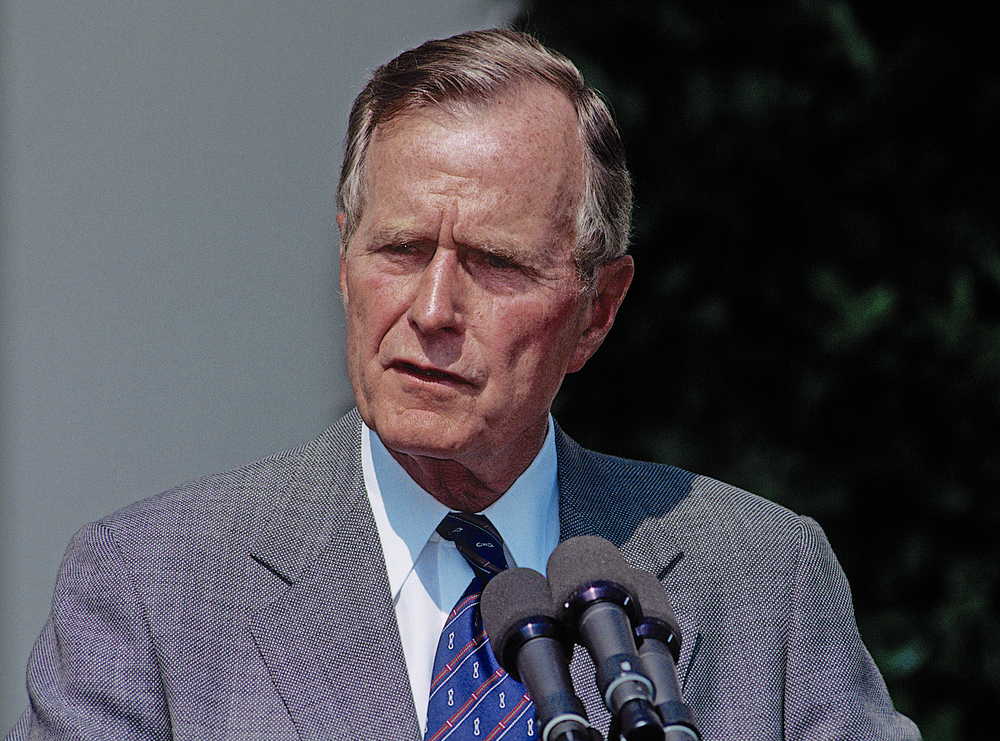 WAR-mongering psychopath and hated former President of the United States George H.W Bush has passed away in his 95th year surrounded by friends and family, as would befit a man of his respected and revered stature, and in keeping with his reputation as a loving, caring gentleman.

The 41st President became known during his single presidential term as an unrepentant war maker, a ruthless decision-maker who callously ignored pleas for help from AIDS support groups at a time when the disease was killing Americans by the thousand, and as a friendly, avuncular, competent man who left behind the building blocks for programs which would go on to help Americans for generations to come.

Accolades for the fallen Commander In Chief have flooded in, with politicians and public figures describing George H.W Bush as ‘a gentleman, a noble man, a learned and esteemed man, and a man who rained depleted uranium down on brown civilians in every shithole from Panama to Baghdad’.

“As is custom when someone dies, we must put aside our opinion of what a racist sack of child-murdering garbage he may or may not have been, and focus instead on how funny it was when he said he didn’t like broccoli” read  one eulogy to the beloved prick.

“I mean, sure, he locked us into a forever war in the Middle East, and sure it was all probably to do with his shady ties to wealthy Saudi families, and yes he dodged some sexual assault charges late in life… but we must remember George as a smiling, happy person. A husband, a father. We can’t say anything bad about a husband and father after they die, now can we? If we wanted to call him a war criminal, we should have done it last week”.

Meanwhile, all animosity aimed at George H. W Bush can now be deflected to his son George W Bush, who basically did exactly the same things as his Dad during his presidency, and is eligible for as much hatred as possible due to the fact he’s still alive.