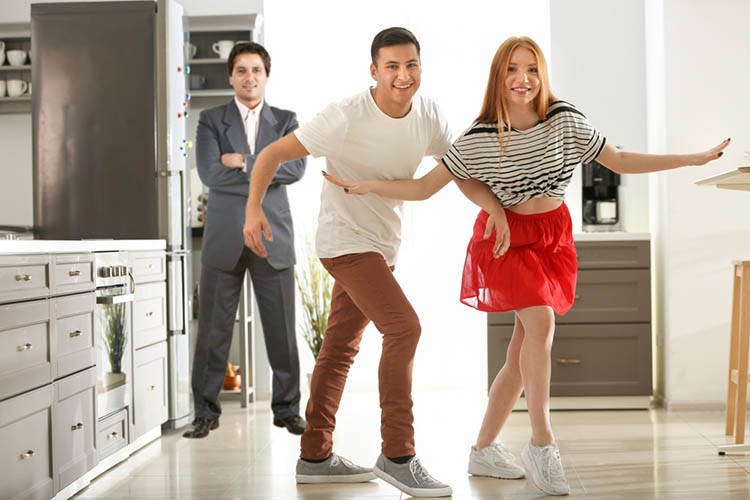 WITH a broad beaming smile stretching itself across his face, one Dublin landlord is excitedly instructing potential tenants viewing the small one-bed apartment he owns to debase themselves for his amusement, WWN has learned.

Believed to be one of just thousands of similar incidents unfolding across the capital city and beyond, James Geratty (59) has taken to exploiting the obvious power he holds over hopeful renters in desperate need of a place to live and kindly shouting at them ‘dance monkey, dance’.

With queues around the corner filled with people left with no choice but to eagerly make their case for why they are the right tenants for the €1,799 per month apartment which has mould, the worst BER rating possible, a broken washing machine and no curtains in any of the rooms, Geratty is spoiled for choice when it comes to people willing to do all manner of embarrassing things if it means they can secure a place to live in Dublin.

“Haha, okay, now crawl around on the floor like a baby. Oh, oh, oh and after that maybe sing Always Look On The Brightside of Life while hopping on one leg, that’s right dance monkey, dance,” Geratty instructed one qualified accountant from Carlow who can’t believe he’s doing shit like this at the 8th apartment viewing in succession.

As rent levels continue to soar and the government repeatedly seek praise for not solving a crisis they only manage to help make worse, landlords look set to enjoy forcing ordinary, hard working young people into humiliating performances for some time to come.

“Ah, I get some serious kicks from this,” confirmed Geratty as he instructed one hopeful tenant to lick the sole of his shoe.

“My favourite type of tenant are the timid, shy female ones. Foreign, so she probably hasn’t much of a support system here or anyone that has her back and then I ask for her to ‘help me help you’. You know the sort of dodgy shit you read about in the papers that horrifies you before you carry on with your life like this is normal in a modern country with a thriving economy”.