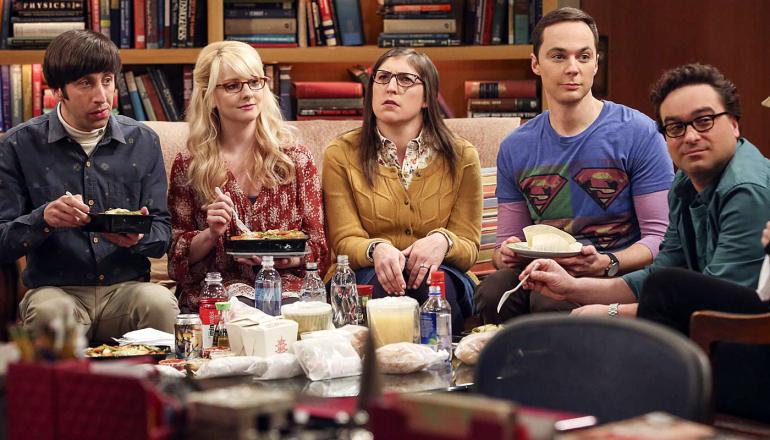 AFTER 11 years and over 250 episodes, The Big Bang Theory, considered by many to be the glue holding this fragile world together is tragically drawing to a close following the announcement that the upcoming twelfth season will be its last.

The news threw the world into turmoil, with thousands taking to the streets in angry riots and stock markets tumbling to record lows, leaving the same question on everyone’s lips… how will humanity survive in a world without the sparkling wit and comedy verité of the best show to have ever been produced by human hands.

Sheldon, the lad from Roseanne and the two other lads may have left us, but that doesn’t mean that their art will not live forever via the magic of re-runs. When the final episode airs, we will still be left with some 270 chapters to watch over and over again, possibly for all eternity. Some people have fretted that watching the same episodes over and over again may lead to people getting sick of the show, but this was dismissed as nonsense. How could you get sick of something as hilarious as a good looking girl asking a science based question only to be met with hilarious derision and ridicule by a quartet of unconventionally attractive men in superhero t-shirts? We’ve been watching this show from day one and it just keeps getting fucking better.

In a bid to fill the black hole left by The Big Bang Theory, the world may turn to other science-based shows for their entertainment. However, shows that involve actual scientists, gamers, and other advocates of science fiction, magic and fantasy entertainment tend to not feature as many one-liners, wacky scenarios and lovable-if-somewhat-sexually-predatory characters, which may cause confusion and fear among BBT fans. We may see laws passed that will call for all science to be strictly regulated to ensure it contains more catchphrases and snide remarks. If this means scientific progress gets slowed to a crawl, so be it. It’s not worth living in a world where real geeks exist and they’re not constantly making jokes about how much acne they had as teenagers. We’d rather be dead.

Ha ha, sorry, but that shit just gets us every time.

4) Wait for Chuck Lorre’s next show

Guys, the producer of The Big Bang Theory is also the guy who brought us Two & A Half Men and Mike & Molly, proving that he’s no one-trick pony. He’ll be back real soon with another show that will be just as funny as BBT and go on for another decade. We just need to be patient. It’ll be amazing, and who knows what it’ll be about? Four college professors who just like beer and having a good time? Six playwrights who hang around all day in their apartment, talking about girls? Nine… librarians, who spend their days… making fart jokes? We don’t know, we’re not the comedy God that Chuck is. But we have faith in him. He won’t let us down.