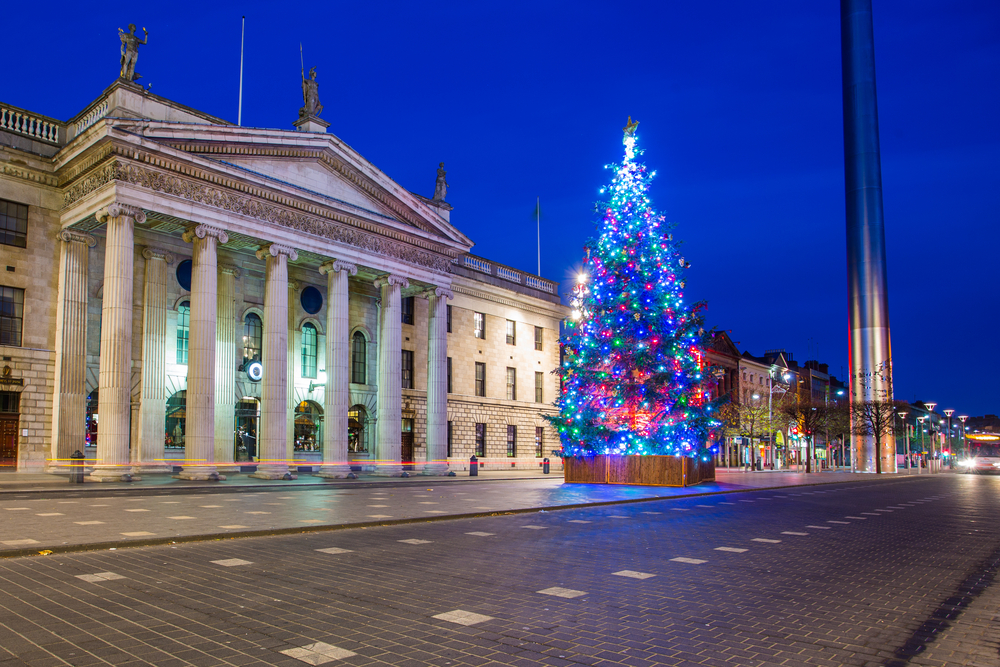 DUBLIN CITY COUNCIL has apologised profusely for their failure to erect Christmas decorations at the beginning of this month, August, with many aghast at the sight of Irish streets unadorned with gaudy neon, Christmas-themed lighting.

The council has promised a raft of resignations and firings to appease a public who can’t believe it took this long, well into the 8th month of the year, before the council essentially puked Christmas onto the streets in the form of lights, trees and various decorations.

“We’ve identified failures in our Christmas protocols and we’ll endeavour to ensure this never happens again,” confirmed one official as former Westlife star and current RTÉ DJ Nicky Byrne switched on the Xmas tree lights on O’Connell just over 4 months before the 25th of December.

“We now see that we were cutting it very fucking close the Chritsmas day, and can only apologise again and again and again,” the official added while gluing lettering the length of the Spire which spelled out ‘It’s Christmas Time’.

Large protests staged outside the council’s offices which often resulted in violence prompted the council into action as many members of the public were left frustrated at the fact it has taken so long to get the decorations up this year, as in previous years they were just left up to save on time and effort.

“If you ask me, it’s not August until there’s large Christmas light burning holes directly into your retina,” shared one Dublin local, delighted to see swift action taken.