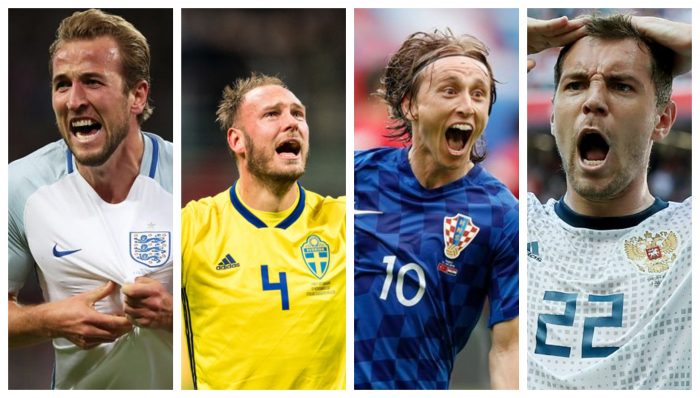 WWN brings you the very best analysis of the World Cup from its expert sports team.

The game being billed as the reason we might have to endure the phrase ‘It’s Coming Home’ for just a little bit longer.

Expectations at the start of the tournament were relatively low but following the team’s win on penalties against Colombia, pressure has mounted on Southgate’s men with the Queen confirming if England win the World Cup she will agree to never die.

However, this isn’t the overhyped England of old as if Southgate were to lose unlike previous managers, he would be allowed say goodbye to his family before being beheaded live on the BBC.

Some England fans will be hopeful its brightest and best players such as Harry Kane, Raheem Sterling and Dele Alli can produce the goods, other England fans, who voted for Brexit, still want answers as to how these people were allowed in the country in the first place.

If Sweden are to win they will rely heavily on a combination of their strong defensive solidity and a hope that England will bottle it.

Janne Andersson’s men’s tactics are believed to involve placing the best of their infamously attractive fans in the first few rows behind the goal in a bid to distract Jordan Pickford in the England goal.

Should Sweden win, the team may have achieved the impossible; finally shutting Zlatan Ibrahimovic up.

Where England and Russia to advance the semi finals, they would play for a place in the final with the loser taking full blame for the Novichok incidents in England in recent months.

Some Irish people have wondered if this is all just a waste of time; this constant belittling of the English football team and jingoistic fervour that surrounds them, have we nothing better to do than sling mud at our former colonial masters. Did we not, long ago, grow beyond the shadow they cast to blossom into a Nation who doesn’t need to derive pleasure from a football team’s continued rotten luck and perennially embarrassing defeats?

“No, of course not,” those small selection of treasonous Irish people have been told by everyone else.

Croatia will hope they can rediscover the sort of midfield dominance they obtained earlier in the tournament, with Luka Modric begging the question is he the best, worst looking footballer of all time or does Ronaldinho still hold the crown?

Russia have a clear advantage playing on home soil as even if Croatia win there’s no guarantee they will be allowed to leave the country alive.

A quick passing Croatian performance could expose the tire legs of an old Russian defence, but we’re no experts in how effective doping is so your guess is as good as ours.

In a change from other game so far in the tournament the VAR will be headed up of Pladimir Vutin, who is definitely not just Vladimir Putin wearing a moustache.

Many people have been angered by suggestions Russian authorities would seek to influence the outcome of any World Cup games. “Give us some credit we’ve better things to be doing,” explained one Russian official, who was in charge of infiltrating the Brexit vote, the US election and the French election.