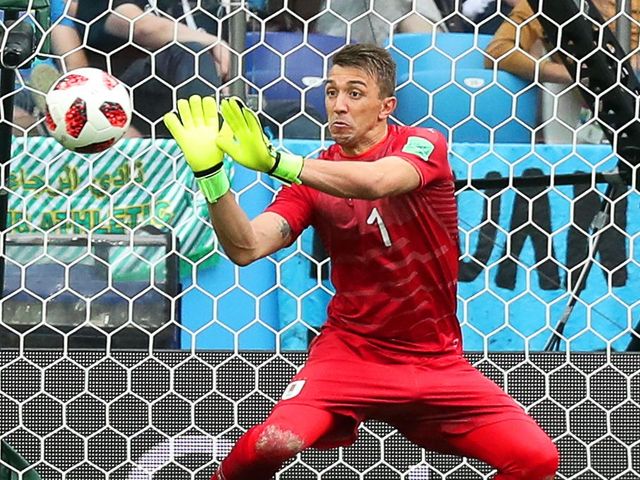 With a veritable cornucopia of bastards in their squad, Uruguay surprised fans by never fully resorting to underhanded tactics in a way that benefited them against France, choosing instead to go out of the World Cup with a whimper.

France took the lead with a Varane header and his teammate, keeper Hugo Lloris went on to make a superb save from a Caceres header minutes later, with many calling for keepers with reinforced steel arms to be banned from playing.

Fans have proposed dive prone French fullback Hernandez be locked in a room with Neymar to see who is murdered by a gust of wind the quickest.

Griezmann scored France’s second goal as his shot from outside the box was helped into the goal by keeper Muslera, who momentarily forgot how hands work.

Uruguay admitted using Liverpool’s Loris Karius as a goalkeeping coach was an error.

N’Golo Kante is recovering well after a successful lung transplant which saw organ donors help replace all 8 of his lungs after a typically tireless performance.

Most disappointing from a Uruguayan point of view is that Luis Suarez at no point in this World Cup completely lost the plot.

Proving we’re not allowed to have nice things, Mbappe, the teenage sensation whose style of play can raise the hair on your hairs, dived like a complete Neymar, feigning being struck in the face.

The sight of defender Jimenez crying while in the wall for a Griezmann freekick with just minutes left in the game serves as a great example of the raw emotion, passion, pride and high stakes of the World Cup or if you’re a just prick, it’s an example of a ‘wimp’.

Belgium produced a truly fantastic performance which saw Brazil utterly outclassed in all departments in the evening kickoff.

Own goal continues its purple patch in front of goal with a Fernandinho header giving the Belgians the lead. The movement and interplay of Belgian’s front three of Lukaku, Hazard and De Bruyne was a joy to watch with Be Bruyne adding a second by thumping a ball in from 20 yards out.

As is now written into FIFA laws, a game involving Neymar cannot take place without at least three dives from the player, and the Brazilian did not disappoint. A failure by VAR to award a clear penalty for Vincent Kompany’s challenge on Gabriel Jesus proved that if your star player spends the entirety of a tournament diving no one will give a shit when a VAR decision goes against another one of your players, sorry.

Neymar’s decision to kick his leg out at Fellaini in the Belgium box in a bid to trick the referee into giving a penalty saw his status upgraded from ‘diving cheat’ to ‘diving cheating bastard of a prick’. His presence in this tournament will not be missed going forward.

Brazil pulled a goal back late on with substitute Douglas Costa a thorn in Belgium’s side, however quality saves from Courtois secured Belgium’s place in the semi-finals against France.

The 2-1 win has confused football experts as they were of the opinion that Roberto Martinez was shit, and therefore he couldn’t possibly oversee a tactical masterpiece against Brazil. A small consolation for so-called experts remains the fact that Martinez still looks a bit like a boiled egg on the sidelines.

Elsewhere, FIFA president Gianni Infantino is working nonstop to finalise the fee for bribing the referee in the Russia V Croatia game in the hopes the KBG will release his family once the World Cup trophy is sitting on a mantelpiece in the Kremlin.