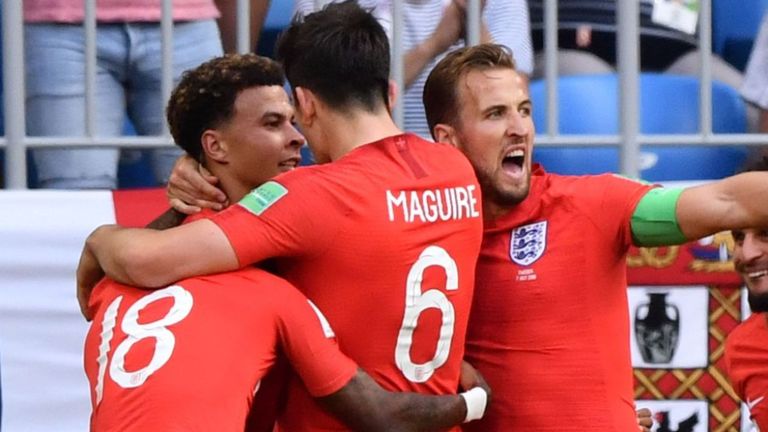 England have booked their place in the semi finals of the World Cup after a 2-0 win against Sweden and we’re never going to hear the end of this, are we?

The Swedish team, who gave England very few problems, were said to be devastated at full time after the referee informed them that in football you actually have to score goals and win games to go through to the next round.

Raheem Sterling was on the receiving end of 347 gilt-edged chances during the game but managed to cock up absolutely every single one of them, but people have been reminded not to be too harsh on the Man City player as he is the only player at the World Cup who actually doesn’t have any feet.

A slow, ponderous opening 30 minutes gave way to English celebrations as Harry Maguire fired in a header from an Ashley Young corner, prompting fans to remind the team it’s okay to score of goal from open play and not just set pieces.

As Sweden sat back and did sweet fuck all in the way of attacking the English players began openly discussing their plans for the evening while on the pitch, it is believed some of the players were hoping to catch up on Love Island but others insisted on watching an action movie instead.

Sweden did spark into life eventually forcing saves from the excellent Pickford before Dele Alli secured the win for Gareth Southgate’s men with yet another headed goal.

An appeal by people here in Ireland has been made for the England squad and manager to make it easier to intensely dislike them as they all seem like a decent bunch. “Any chance of one of you being caught doing lines of coke, or maybe punch a newborn baby in the face? Give us something to work with here,” pleaded some Irish fans.

The evening kick off brought an intense game which descended into a frantic end to end pattern in extra time with Croatia ultimately triumphed in the penalty shootout with their keeper Subasic once again the hero.

Having gone down injured in the dying moments of the 90 minutes, it was feared he wouldn’t be able to continue, however, in extra time and during penalties Subasic did what was needed. Russia have criticised his use of crutches while propping himself up on the goal line and appealed to FIFA to review allowing him a wheelchair too.

Celebrations may prove premature on Croatia’s part as Vladimir Putin has ordered the game to be played again and again until the right result is achieved.

The Russian fans created a once in a lifetime atmosphere during the game which will live on long in the memory, but there were some ugly scenes as one TV camera man was arrested for constantly perving on women in the crowd.

Denis Cheryshev scored Russia’s first goal with what must be goal of the tournament, sparking wild celebration in the stadium which was a sea of white, blue and red. As everyone uttered a ‘fucking hell’ as his thunder-bastard of a strike rippled the net, fans were struck down by the realisation they only have 4 more games of this tournament left.

Fans marveled at the stamina of Russian defender Igor Ignashevich who at 38 tirelessly battled away from 120 minutes in his second game which went all the way to penalties, with many remarking that this is perfectly normally and has nothing to do with being doped up to the gills. Gills which incidentally only appeared on his neck after several weeks into being on new improved performance enhancing drugs which mutate the human body.

Elsewhere Gianni Infantino has been spotted in a Moscow Cash For gold outlet inquiring as to how much he could get for melting down the World Cup trophy.