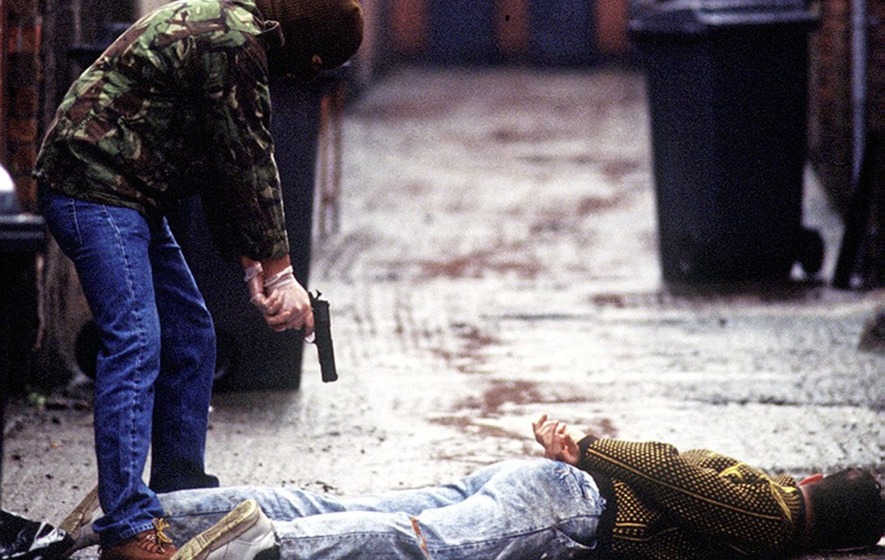 GARDAÍ have renewed calls for people wishing to inform on neighbours illegally using hosepipes by advising them to call their Garda confidential hotline number when relaying information after a spate of punishment beatings around Dublin this weekend.

The call comes just 24 hours after a Dublin man in his late 50s was dragged from his home and shot twice in the back of the knees by his neighbour, who he had “ratted out” for filling up a small paddling pool for his kids.

“This is just one of dozens of incidents where touts have been dealt with by hose pipe fundamentalists,” explained Sergeant Terry Phelan of Store Street Garda station in Dublin’s city centre, “many of the punishment beatings are followed by “rats out” graffiti tags on the informant’s home, so we would urge people to call our dedicated Freephone confidential hotline on 1800 666 111, and whatever you do, don’t tell anyone you did so”.

Already four kneecappings have been recorded in the greater Dublin area since the hose pipe prohibition was enforced, with some hosepipe abusers hiring underage scouts to watch out for rats or Gardaí, while they continue to ignroe the restrictions.

“I usually charge them a carton of L&Ms,” explained one 13-year-old scout we found on a council estate wall, who launched a red kite into the air upon our approach, “we also use flares and special whistles to alert the hose pipers. The guards can’t touch us, we’re too young”.

“People just think I’m pissing,” the man explained, water gushing furiously from his makeshift penis onto some beautifully hydrated geraniums, “few complaints for indecent exposure alright, but sure, people are used to that around here”.

The hosepipe ban is expected to last until 2050.