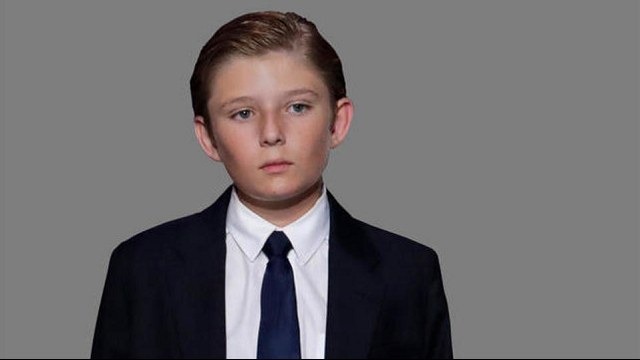 BARRON TRUMP has fallen foul of his father’s zero tolerance stance of immigration after consistent questions over Barron’s mother’s visa history revealed she had lied on an earlier application before becoming a citizen thus rendering her citizenship void.

A team of 4,000 ICE border officials subsequently stormed the White House early this morning to extract the child menace to society who is believed to have links to the feared MS-13 gang in Mexico.

“He’s an illegal, end of,” President Trump said, in the wake of signing an executive order which will see an end to separating children of immigrant parents while they are detained or so he says.

The executive order however, will not come into action for several more months, meaning many immigrants and their children could still be treated inhumanely and harshly.

“It’s a nice cage. It’s just the two of them in it, but it could fit 3 or 4, it’s beautiful,” the president explained, his decision and strong leadership being widely praised by all his pure blood supporters.

Melania Trump, Barron’s mother, allegedly worked as a model while on a restrictive tourist via in the mid 90s which forbade her from carrying out any work. Despite being a US citizen, born to a US citizen, Barron like other children, has nonetheless been detained as part of a right thinking policy which can’t give any hope to illegal immigrants or asylum seekers.

“My hands are tied. The law, whatever it is, is the law,” the president concluded.