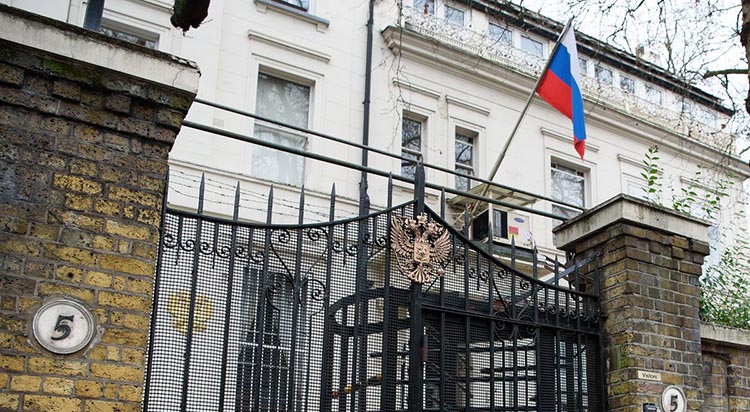 DOZENS of countries who expelled Russian diplomats in March have agreed to allow the officials back after it was reported that they shot and killed Palestinians in the Gaza strip earlier this week.

Originally deported from Ireland, the US, France, Italy and Germany, in solidarity with the UK over an alleged spy attack which is still shrouded in mystery, over 150 Russian diplomats made their way to Israel last week in the hopes of getting ‘back on side’ with their assigned nations.

“Murdering Palestinians in cold blood seems to be the only way to get into their good books these days, as shown by our Israeli friends who seem to be impervious to expulsions,” explained Russian Foreign Minister Sergei Lavrov, while pointing to a wall of death containing the pictures of the dead men, women and children the diplomats assassinated in cold blood, “so we decided to send all of our ousted diplomats on a killing spree in Gaza to appease our overlords, and thankfully it seems to have worked”.

Following confirmation of the killings, each diplomat was immediately granted access back to their allocated nation, with Irish Minister for Foreign Affairs Simon Coveney stating that he was very happy with Ireland’s previously expelled Russian official: “I’ve seen the pictures of the dead Palestinians he has killed and I am delighted to welcome back our Russian friend to Dublin to carry out whatever it is he does here”.

The bold move by Russia comes after dozens of Palestinians were killed by Israeli soldiers this week with little to no international action taken by so-called “sovereign nations”.

“It is obvious that once we are on side with the Israelis, we can do whatever we want with zero repercussion,” Russian Foreign Minister Sergei Lavrov concluded.