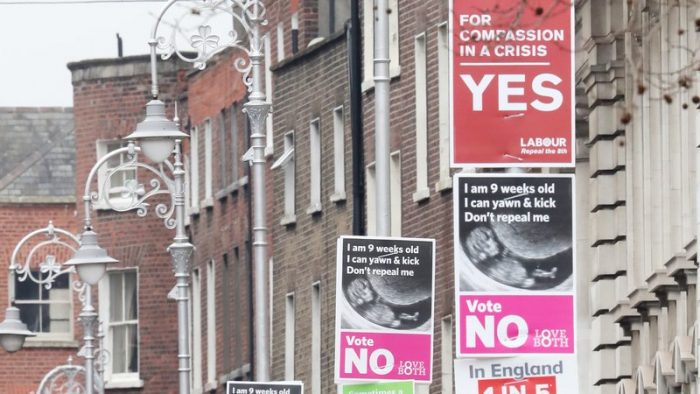 IRELAND has entered its final week of bitterly arguing with everyone, with some people eager to continue debating and disputing and others confessing to being fragile and fatigued.

While it is not yet clear if certain people intend to carry on bitterly interrogating people as they walk down the street minding their own business beyond Friday’s vote, many people have admitted to hoping that it will come to an end.

“Ah, it’ll be nice having a family dinner, a work lunch, brunch with a friend returning to normal, irritatingly boring conversation topics,” remarked one person who hasn’t had a meal in three months that didn’t descend into a debate on the rights of women.

Others are similarly hopeful that the end of the week can bring with it fresh, new and non-combative things to talk with people about.

“One minute someone’s asking you the time, then next they’re on about how you’re a murderer and I’m there all ‘these vulnerable women are bubbling away in a compassionless cauldron of fear, pain and uncertainty, and Ireland’s laws is the fire beneath them’. So yeah it’ll be nice just getting back to talking for an hour about what I’m watching on Netflix, what I intend to watch on Netflix and how I just don’t have time to watch all the good shows people go on about,” shared another Irish person.

With roughly 100 or hours left until votes are cast in the referendum to repeal the 8th amendment, those who take particular joy in raising their voices, shouting at and intimidating people have been told to make the most of it.

“This last week is like the World Cup, Olympics and Eurovision of screaming vile abuse at people for those individuals who love spreading outright lies and just generally being horrible, horrible people. So they’ll actually be sad to see the back of all this,” explained an expert in awful fucking people altogether.