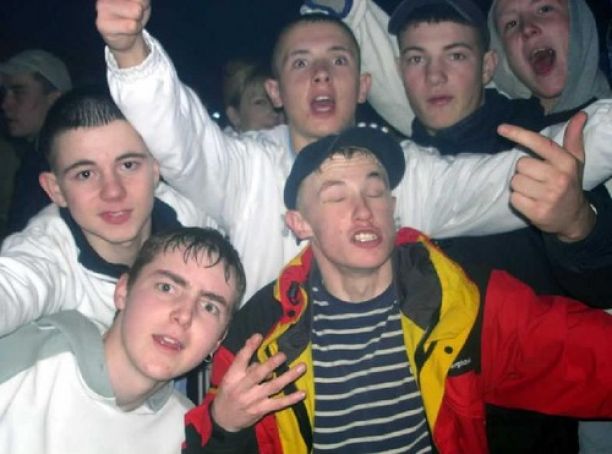 DESPITE the relatively small size of the island of Ireland people from different backgrounds encounter prejudice and stereotyping every day, which is only made possible by the ignorance of others.

WWN, in an attempt to bring knuckle dragging muck savages from rural Ireland closer to their urbane and sophisticated Dublin superiors, we are here to dispel some of the most common myths about people who live in the capital.

Steady on. Remember this is the county in which the Rising took place. Maybe if you could lay off the dated stereotypes for a second, you’d see that licking the hole of the Queen is not as important as the fact that Dubliners would only be fucking delighted to have the Brits ruling over us again, the unpatriotic ‘Diet English’ flavoured bastards.

3) They’re up themselves, big time

If you’re going to accuse Dubs of being arrogant, untrustworthy, superior-feeling, self-absorbed, materialistic, craven, culture-less, crime-committing cunts, then you might as well give it both barrels. Is this an unhelpful myth? Certainly. Is it an inaccurate myth? Who’s to say.

4) They all have that horrible American sounding accent

This notion that Dubliners are somehow ‘less Irish’ due to the presence of some people who have a non-traditional accent which has been influenced by American TV and film is unhelpful. But it is true to say that all share the common quality of having very annoying voices, regardless of the twang or whereabouts in Dublin they are from.

5) Dublin is so lawless, there are some no-go areas that aren’t safe for culchies

A dangerous myth WWN is only too happy to bust. Certain ‘no-go areas’ culchies can’t go for fear they’ll be robbed or beaten up? What a load of fearmongering. Dubliners are so predisposed to violence and debauchery the entire city, surrounding suburbs and county is unsuitable for anyone, not just a culchie, who has morals and is fond of not being stabbed.