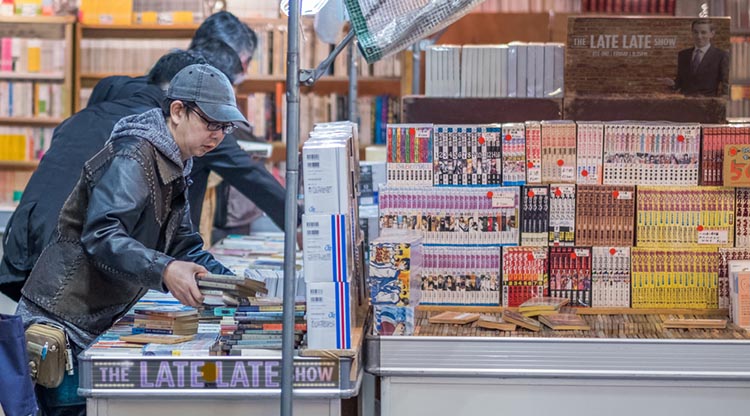 KNOWN for its endless production of odd culture and TV the rest of the world can scarcely believe is real, Ireland is gaining yet more fans from around the world, this time in Japan as DVD copies of one of its main bat-shit crazy shows, The Late Late Show, are selling for as much as €10,000.

The show, hosted by Ryan Tubridy, has delighted ‘bizarre hungry’ Japanese people who revel in the madcap nature of the programme that, try though they might, cannot get an understanding of.

The Late Late Show has been the focus of over 10,000 separate clickbait articles on Japan’s preeminent copy and paste site for modern Japanese men Kato. JP, leading to an increased demand for new episodes which are Geo-locked in Japan.

“The long faced man with sadness in his eyes, he makes me laugh, especially when a lady comes on to play happy song on guitar after 30 minute interview with man who’s family all died that morning,” one Kato.jp reader remarked of Tubridy’s show before offering €10,000 to anyone who had a copy of last week’s episode.

The wacky show, which regularly features madcap segments such as terrorising lambs and showcasing singing children who clearly have no talent, continues to be met with confusion and intrigue from a nation known for its normal TV programming that never contains anything out of the ordinary.