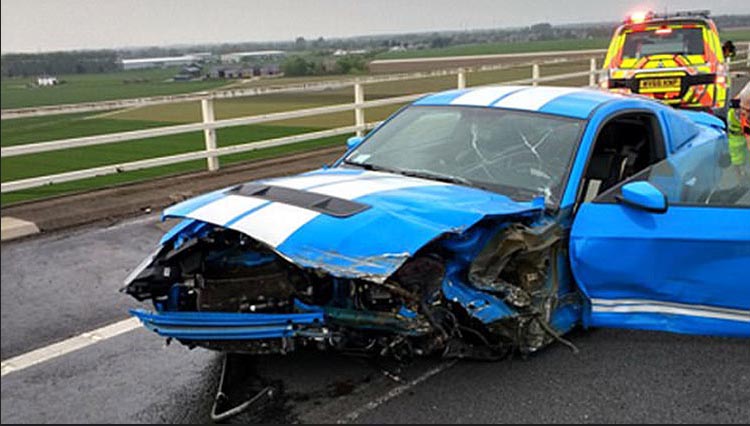 A WOMAN is in a critical condition after failing to heed warnings to slow down while driving, resulting in a multi-car collision in the early hours of this morning.

Known locally only as Sally, the driver of the 1965 Mustang veered all over town after losing control of her vehicle, slamming into a number of parked cars before ploughing into the rear of a delivery truck on Main street.

The accident came as no surprise to locals, who had long feared that the woman would come to no good in her car, which according to reports she was rarely out of.

“All Sally wanted to do was ride around,” said a policeman we spoke to on the scene, as the wrecked car was towed away for scrap.

“Driving all over town…. it’s no wonder she eventually got tired at the wheel, careened around the place and then smashed into the traffic. That’s a lesson to be had for anyone who drives for a living, or just loves being behind the wheel for long periods at a time. Statistically, you’re more likely to be involved in an accident. Take a rest if you feel sleepy, just look after yourself, you know? Slow that Mustang down, otherwise, you’ll be wiping your weeping eyes”.

UPDATE: Doctors have since confirmed that Sally has responded well to treatment and is sitting up and talking, although the impact may have left her with fallen arches in her feet.