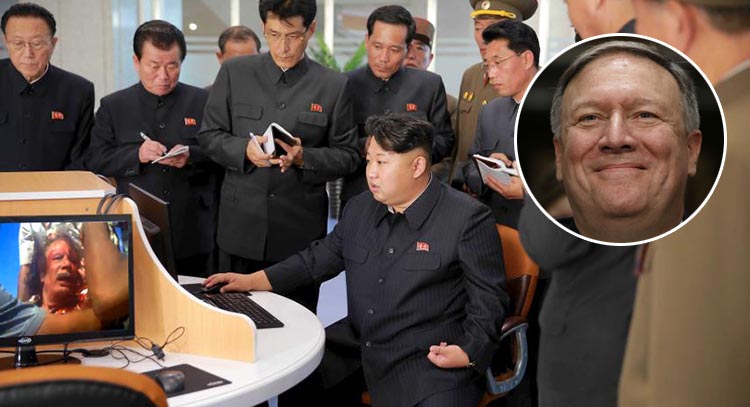 IN A complete turnaround from previous encounters, CIA director Mike Pompeo somehow forged a “good relationship” with Kim Jong-un following a secret visit and a chat, WWN can confirm.

“We had a really nice discussion about various different things including past events in world history,” the CIA explained. “He was dubious at first, but Kim really warmed up when I showed him some old footage of Colonel Gaddafi being captured, sodomized with a gun and then murdered by his own people.

“He was strangely quiet then, so I assumed he just liked that kind of thing and then showed him Saddam Hussein being hung, followed by some declassified footage of the Hiroshima and Nagasaki bomb blasts.

It is understood Kim Jong-un quickly came around to the idea of talks and even went on to suggest peace talks with South Korea, and asked the director if he’d like some money.

“It’s amazing the change in him and we really look forward to the talks between our two great nations,” Mr. Pompeo concluded, before winking and tapping the tip of his nose with his finger.