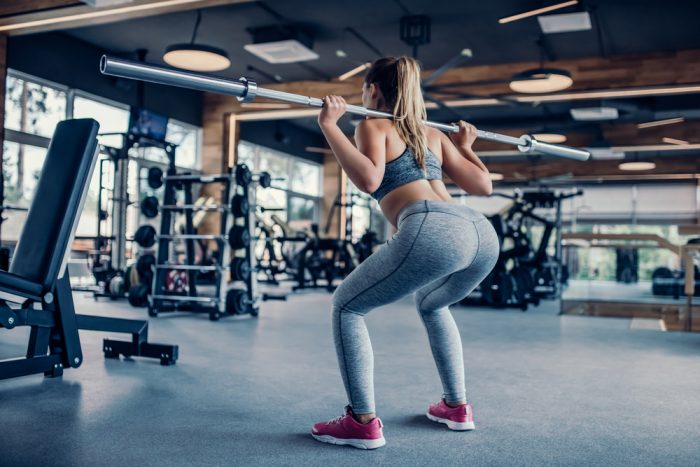 AN INTENSELY focused local woman currently in the middle of a high-intensity interval training session is believed to be just 67,654 squats away from her goal of having a bum that is the envy of the world.

Lisa Mollins (24) made a solemn vow to herself at the turn of the year to transform her perfectly acceptable and humble posterior into something approaching a work of art, and despite 3 weekly appearances at her local Ben Dunne gym, she remains roughly 67,000 plus squats away from achieving perfection.

“I just want a bum that could have its own Instagram account with like 1 million followers, is that too much to ask? Hash tag squat booty,” Mollins queried in between squats, heavy panting and grunts, before shouting various squat related Instagram hashtags outloud.

Mollins, flanked by her friend and gym buddy Ellen O’Connell, has confirmed her intention to continue with her squat heavy fitness regime in a bid to realise her dream of a perfectly toned body and bum which could open the door to her being able to endorse FitTea on social media.

“Stop! Could you imagine, me with a discount code for my followers?” Mollins gushed as she set up yet another series of squats with a barbell.

“It’s one session at a time, rep after rep but eventually we’ll get there together, or we won’t because let’s face this never ends,” O’Connell shared before shouting words of encouragement in the direction of a squatting Mollins.

“Your bum is trash, gimme 10 more squats. You don’t deserve to use the peach emoji,” O’Connell encouraged.