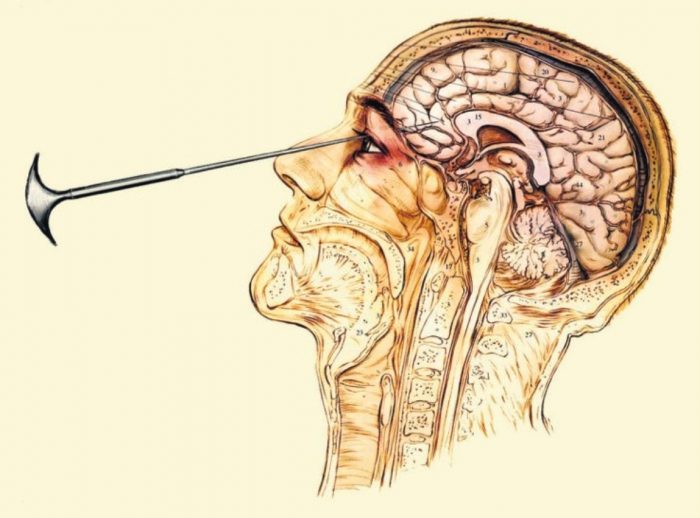 AS citizens around the EU and in Britain look on helplessly as Theresa May’s government freely offer up endless examples of their own incompetence, senior political figures within the EU have confessed to being unable to understand the British PM’s strategy, if there is one at all.

All too aware of the importance of the possible effects of Brexit here in Ireland, and throughout Britain and Europe, WWN felt compelled to carry out its journalistic duty and become the first people to understand exactly what May and her government’s strategy is for Brexit.

To think like the British government, you must have the collective, limited brain power of the British government. What we presumed would be a simple, entry-level, basic run-of-the-mill lobotomy was upgraded by our esteemed surgeon following Brexit Secretary David Davis’s admission that no impact studies regarding Brexit’s impact on Britain have been carried.

At first, WWN was of the opinion that to better understand the aimless incompetence of May’s government, which is best represented by a gif of a cartoon dog repeatedly running into a wall, just a small portion of our brain would have to be removed. However, the most recent 400 calamitous fuck ups which have occurred in the last 72 hours, led our surgeon to recommend removing the majority of the brain.

“A harmless procedure really,” Dr. Arnaud explained, “I’ll hack away at the brain with this ghastly looking implement until all logical reasoning evades what is left of the brain, bringing you as close as possible to thinking like a member of the current Conservative cabinet”.

Undaunted, we volunteered one of our interns for the procedure instead and as soon as he came to, post-surgery, it was clear we had made a breakthrough and it was possible, after all, to gain an insight into the leading minds of the British government.

Using an orbitoclast and gaining access to the frontal lobes via the eye socket, the surgery was truly horrific but very necessary.

We then tried handing our intern detailed reports, the fine print of unilateral trade deals, maps of borders, and a handy guide on how to get dressed in the mornings, but just like the British government, our intern angrily batted away all things that required brain power and basic reading skills.

“Waaah, harrumph,” our intern said, now walking into a wall repeatedly like some sort of cartoon dog.

To better replicate the real life circumstances of Brexit, we would have of course given our intern use of the entire apparatus of the British government and an 18-month head start but we don’t have the same limitless resources at Theresa May’s disposal. So using just one task reminiscent of negotiations, we placed our intern on the phone with an irate woman from Northern Ireland and let that woman constantly contradict things she has previously said. Unable to watch this sorry affair go on, we intervened and conducted the conversation ourselves like some sort of level headed EU official who simply wants to obliterate Britain as we know it.

It was only then that this unique journalistic endeavour provided the answer so many people have been seeking, we now knew how prime minister May thought.

Relieving yourself of all mental faculties is the strategy, rather than it being a horrifying dereliction of the most basic duties any leading political figure must carry out. It is now so obviously a clever way to terrify people into doing all the negotiating for you, and without you. Genius.