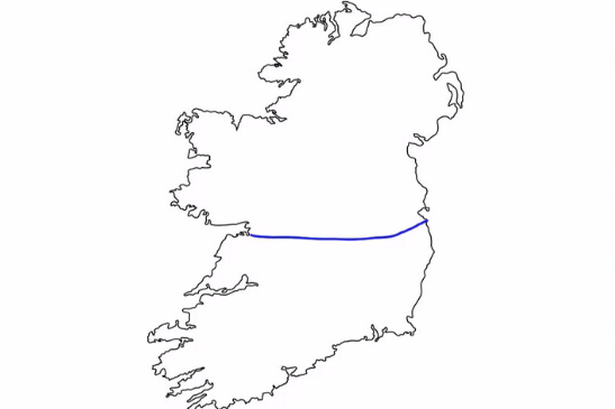 ONE WATERFORD man has refrained from leaving his house today for fear he will be accosted by a Channel 4 news crew and asked to draw the border between Ireland and Northern Ireland, WWN can reveal.

Ciaran Vannon, like most Irish people, felt a rush of anger and adrenaline when footage of British people failing to accurately draw the border surrounding the six counties first emerged yesterday. However, the worrying realisation dawned on him that were he to be suddenly asked to draw the border from memory for a TV news segment he could be subjected to being ridiculed by the entire Nation.

“It’s the Donegal bit I’m worried about,” Vannon shouted through his letterbox to WWN, refusing to engage in putting pen to paper, “but obviously I’m nowhere close to being as clueless as those fucking eejits on TV”.

“Right now, as long as I refuse to draw the border, I can maintain my sense of superiority over all of them Brits,” Vannon added, sharing thoughts typical of many Irish people’s thought today.

While Vannon refused to be goaded into unwittingly revealing he may also be somewhat ignorant as to elements of Ireland and its border, he did begin to gain sympathy for those subjected to the drawing exercise.

“There are a lot of squiggledy bits in fairness along the border,” Vannon explained using expert technical terminology WWN hadn’t heard before.

Elsewhere, other Irish citizens have confessed to feeling a crushing sense of panic closing in on them, hoping against hope no one asks them to actually name the 6 counties.

“Haha, nice try asshole, Cavan, Monaghan, Antrim, Tyrone, Armagh, Derry and Belfast,” confirmed Vannon, comforted by the fact he had fought off any attempts to tease out blind spots he may have about Northern Ireland and Ireland.