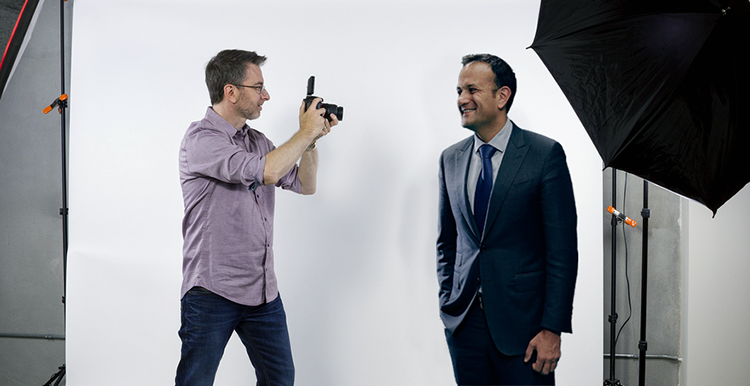 A SCHEDULED photo shoot with one of Ireland’s leading photographers was reluctantly cancelled by the Taoiseach’s office this afternoon following news that Tanaiste Frances Fitzgerald resigned from office “for the sake of the country”, thus avoiding a snap election.

Sources confirmed that Leo Varadkar instructed staff to call the photographer and postpone the election poster photo shoot, as he was uncomfortable about doing it himself.

“He doesn’t like confrontation much, or making big decisions, so we got one of our interns to call the photographer and cancel,” the source explained, “Leo was devastated as he was really looking forward to getting snapped in his new Versace suit, even going to the bother of getting his brows trimmed too. Hopefully we can reschedule again in the new year, when the next scandal pushes the threat of another motion of no confidence to the fore, which shouldn’t be too far down the line”.

Ms. Fitzgerald’s resignation arrived ahead of a Fianna Fáil motion of no confidence, which was due to be debated in the Dáil at 8pm this evening, preventing an election that would have certainly ruined Christmas for the whole country, including the eight and a half thousand men, women and children who are currently homeless in Ireland.

“I was dreading them calling to my hotel room,” one mother of four told WWN, “nothing worse than canvassers knocking on your door in the evening when you’re trying to boil eggs for dinner in the little kettle”.

Meanwhile, Frances Fitzgerald’s resignation is expected to solve all endemic problems in the Department of Justice, the cabinet and An Garda Siochána.