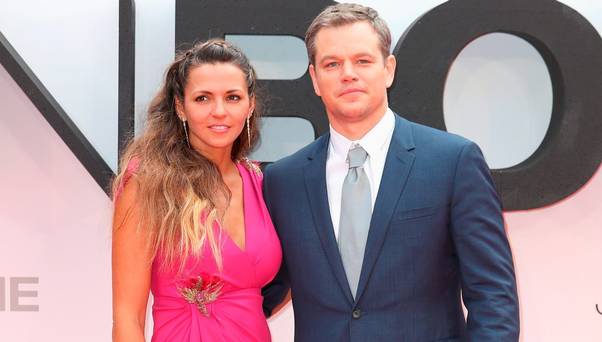 POLICE in London are continuing to question the wife of Hollywood actor Matt Damon after she reportedly stole the show at last night’s premiere of Jason Bourne.

Luciana Barroso, who joined her husband, and star of the movie on the red carpet in London on Monday night, was reported to have taken the entire premiere while no one was looking, forcing police to investigate the incident earlier this morning.

It is understood the 40-year-old female was formally arrested at a London city hotel at 9am, before being shuttled off in an awaiting police van for questioning.

“Following several reports in newspapers of her stealing the show, we had no other option but to apprehend Ms. Barroso for theft,” a lead investigator told WWN, “we cannot confirm whether she is pleading guilty to the crime as our investigation is still ongoing”.

Scotland Yard is appealing for witnesses to come forward who have any information leading to the investigation, and have urged city residents to be on the look out for the show, as it still hasn’t been found.