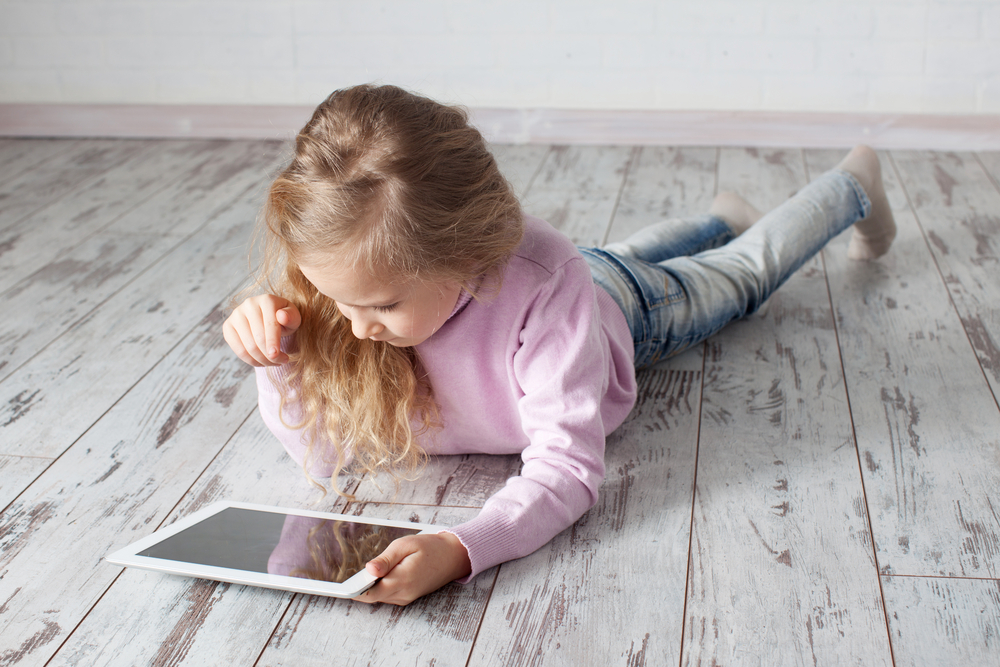 PARENTS rejoice at a brand new app released for both Android and iOS claims to be able to keep your kids out of your hair until they’re old enough to vote.

Dubbed ‘Tabletmirror’, the app replicates the functions of any tablet of smartphone that it gets downloaded to, allowing the user to do anything with a tablet that they would normally do.

By handing this to a child of any ages, the youngster will be able to play games, browse the internet, watch videos on YouTube and chat with people all across the world.

Research has found that when a kid has a tablet in his hands that has the Tabletmirror app on it, they will sit perfectly still and remain contented for as long as the WiFi connection holds up. This will allow parents to have a moment for themselves to cook the dinner, make a phone call, or just sit in peace and quiet for a few years.

Further studies show that kids simply never get tired of this app as it adjusts to suit them as they grow up, meaning that they will sit there until they’re old enough to buy cigarettes.

“Here we see a kid without Tabletmirror,” said a TM spokesperson, pointing to a screen showing a young child trying to get their parents’ attention. “And here we see a kid using Tabletmirror; you see they have no interest in interacting with anyone or anything. It’s almost as if they haven’t got kids to begin with”.

As well as being useful around the home, Tabletmirror is also suitable for car journeys, holidays, and meals at restaurants.