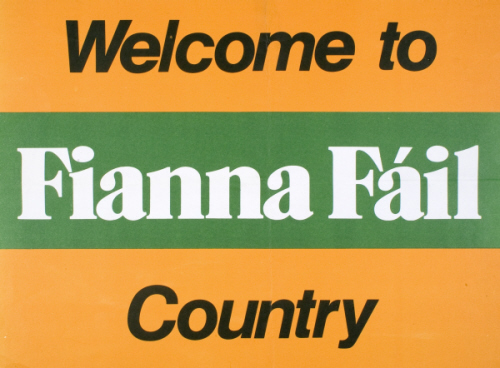 AS part of WWN’s groundbreaking HerDailyEnterJoement series, we look at those 8 CLASSIC signs you’ll vote for Fianna Fáil in the next general election.

1. Do you hear the hushed tone of whispering relatives, the tear-inflected pleas from your distraught mother? Struggling to open your eyes or retain cognitive function? Surrounded by solemn looking medical staff? You are most likely brain dead and thus it is likely you will vote for Fianna Fáil in the next election.

2. “Well, my father helped to ruin the country, so I’m going to the same”, incredibly similar to “my parents voted Fianna Fáil so I will too”, this particular set of circumstances is not uniquely Irish but it is uniquely idiotic. A sure sign you will vote for Fianna Fáil.

3. A sure sign that you will vote for Fianna Fáil in the next election is if you have a real case of ‘the bastards’, meaning everything you do in your life is heavily influenced by the fact you are a complete bastard. Thus, it would appear all roads lead to you voting for Fianna Fáil, you bastard.

4. What’s that? You don’t know much about politics, but that man with the face seems nice? Well much like Biddy Ryan, resident of Drumcondra did in 1977 when she voted for Bertie Ahern because he said hello to her once when he was 11, you too will vote with all the intellectual fortitude of a hairbrush.

6. Your name is Micheál Martin.

7. You are Michaél Martin’s wife.

8. A sure sign you will vote for Fianna Fáil is if you have an intense desire to see everyone you love and know suffer incalculable pain and hardship while simultaneously wanting to piss off 4 million people.