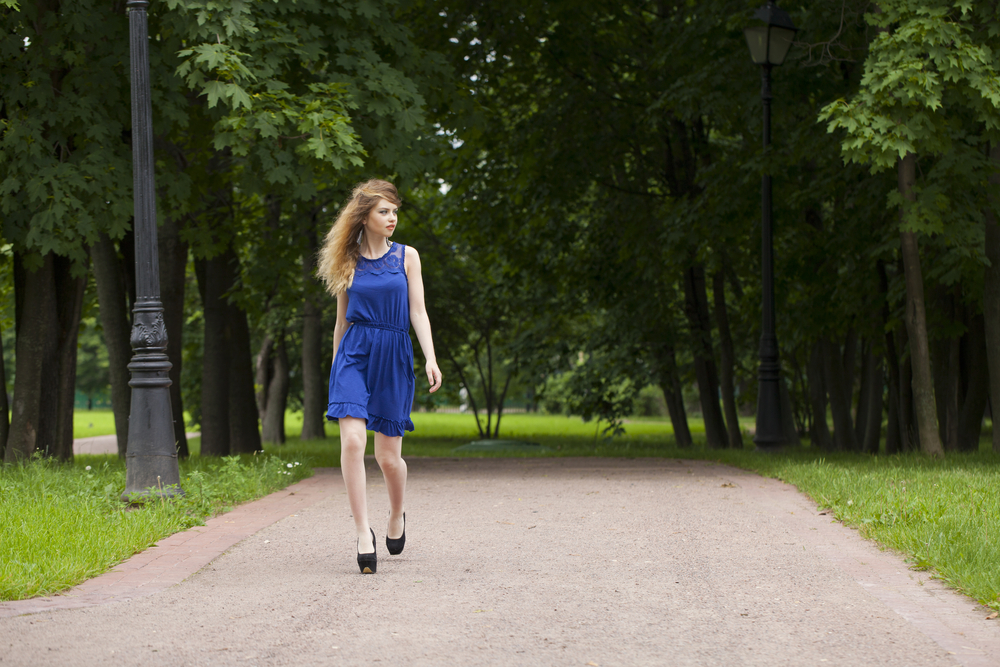 REPORTS are coming in from Dublin city about a young woman making her way home on the morning after a one-night stand without any feelings of shame or remorse whatsoever. Sightings of the woman, believed to be in her early twenties, began at 8:30 this morning when she left a flat on the south side of the city and began her travels home.

The term “a walk of shame”, a female version of “a walk”, is used to describe the journey of a woman back to her own domicile after unexpectedly spending the night at someone else’s home – usually deemed by society to be that of a casual lover.

Easily identifiable by her clothes-she-went-out-in appearance, a woman on the walk of shame must suffer the ignominy of everyone knowing she had sex the night before and hang her head accordingly.

Contrary to this social convention, the girl spotted in Dublin this morning appeared to give no fuck about what anyone thought, and walked with the light step and pleasant disposition of someone who had gotten exactly what she wanted the night before.

“I spotted her getting off the bus, and thought there’s a dirty stop-out if ever there was one,” said Eustace O’Moore, looker-on and general battleaxe.

“Still in her fancy clothes but no make-up. I gave her my best withering glance and tutted as much as I could, but she just kept on walking… it was almost as if she didn’t care about what I thought, as if she was pleased with how her night had gone”.

Mrs O’Moore’s bafflement was shared by nosy commuters, both young and old, during the course of the morning, as they spotted the sexually confident young woman make her way back to her flat to get some well deserved sleep after a wonderful night of riding.

Her partner for the previous night, a young man she had decided she wanted to sleep with before doing exactly that, walked through town this morning without a disapproving glance from anyone.

In light of this incident, WWN would like to offer assistance to those upset about the actions of someone you don’t know. If you or your morals have been affected by a woman who you think is acting in a way you feel is unbecoming please contact your local priest and request an exorcism.