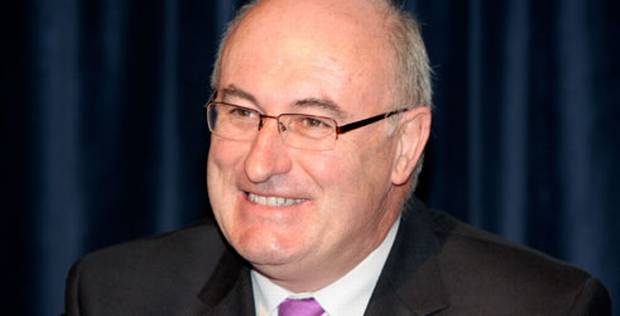 IRELAND’S political class have rejoiced at the news that Irish man and former minister for the environment Phil Hogan has been named the next EU Agriculture Commissioner.

However, many of members of the Irish public have confirmed a great big bollocks will in fact take the position. Hogan is set to be remembered by the vast majority of Irish people for providing the ailing media with enough ongoing revelations and scandals emanating from Irish Water to save thousands of journalism jobs.

Hogan’s unveiling as Agriculture Commissioner comes days after it was revealed he had misled reporters about the fact he knew of the multi-million euro spending on consultants by Irish Water. Hogan signed off on the spend in an internal document a full three months before denying any knowledge of the breakdown of spending.

Hogan, in keeping with the grand tradition of rewarding Irish incompetence, will be in charge of the EU’s sizable agriculture budget, meaning he is set to receive countless uninvited visits from farmers pretending to be his best friend.

The office of the new commissioner has already denied Hogan had promised ‘free cows for everyone’ upon learning he had given his new position.

“I always liked the cut of his jib and don’t let anyone tell you different,” explained farmer Declan Cummings, “now, as long as he sees me right, he’ll have no quarrel with me,” added the farmer from the seat of his tractor parked outside Hogan’s new Brussels office.