With over 14,567 entries to choose from, WWN has finally chosen the five sexiest grotto’s in Ireland.

First of all, we would like to thank all those people who took the time in sending their nominations. This year’s competition was probably our toughest to judge to date. The standard has been so high that it was nearly impossible to pick the top five. Nearly. 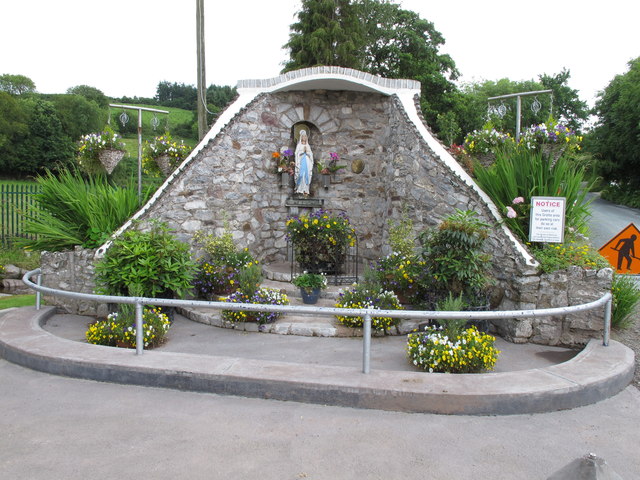 Lets start with our first runner up – number 5 from Ballinaspig. Entered in by Sister Mary Kate Holden of the Saint Theresa of the divine convent, this seductive little lady has gotten something of a name for herself around the village. Locals have reported numerous instances of half naked men parading themselves around the grotto grounds after pub closing times. It has also being documented that since it’s erection in 2004, local internet providers have recorded a 70% drop in pornography related searches by locals, giving this particular piece the nickname Megabyte Mary.  Look at that flower work. Inviting! 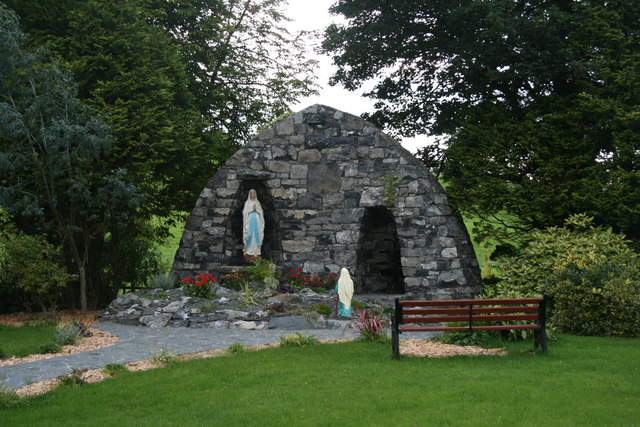 Would you look at the arch on that!

“Keep your hands were I can see them” has to be blared out on an automated sound system by this grotto in an effort to reduce reports of lewd conduct. This filthy little effigy even has it’s own bench situated in a lovely remote area, covered by trees – just what every man needs to honour this magnificent piece of grass. With an added rain shelter carved into the piece, Culloville grotto makes it yet again into the top five, finishing 3rd last year.

Oh you are a naughty yoke Mary, aren’t you? 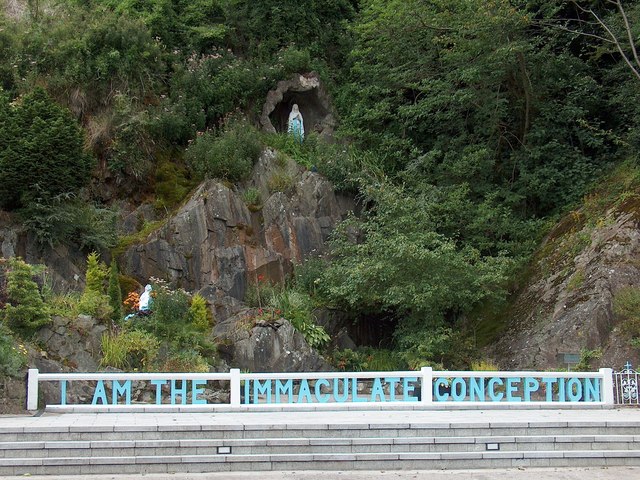 “Hey! Get down from there sexy!” I hear you all shout.

Hosanna in the highest from Cork rolls in at number 3.

After being hounded by hoards of young men in the early eighties, this particular grotto had to be raised out of harms way by the local church. The words “I am the immaculate conception” were put in place to warn off predators seeking to impregnate the virgin. Even with the relocation, young men are still arrested every week for trying to scale the cliff face. And who would blame them? 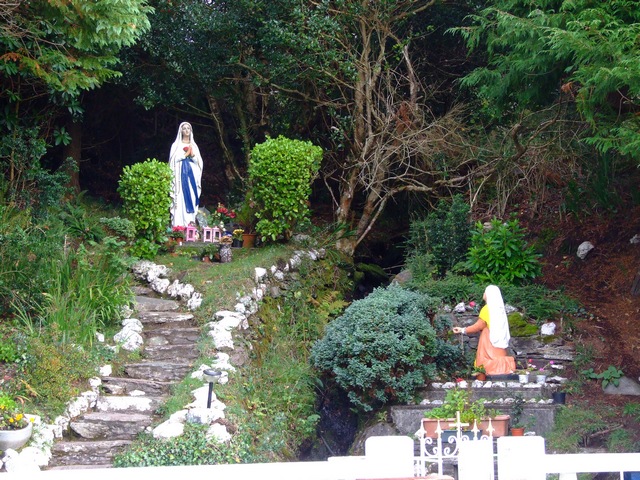 Somebody pass the tissues and KY there – I need some alone time! 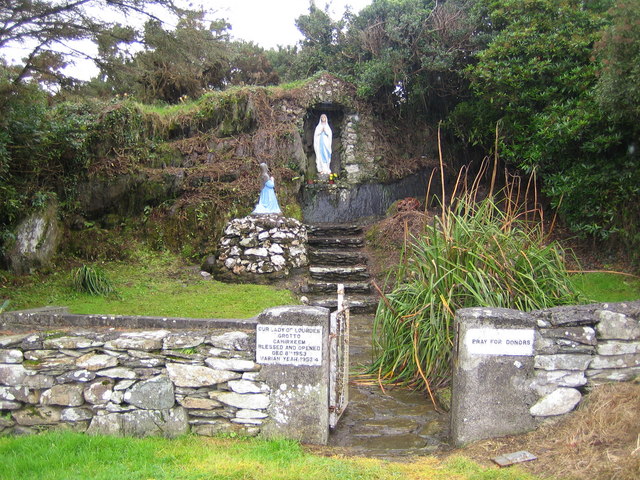 The open grotto gate policy at Travara Bridge makes this the most controversial of all our five finalists – and the sexiest. Known locally as the “immaculate Infection”, this grotto welcomes everyone up her garden path.

The sign on the gate says it all: ‘Dear Visitor, please take off all your belongings before entering, and wash yourself down with the holy water given. Do as you please with my grotty grotto, but don’t litter.’

Even the strictest atheist can’t help but bless himself when passing this baby, making it to the top spot again for the third year running. Well done to the Tavara bridge grotto club and everyone who ‘took care of her’. Stunning once again!

Nominations for sexiest grotto 2015 will begin again in Jan. Keep on grottoing folks 🙂