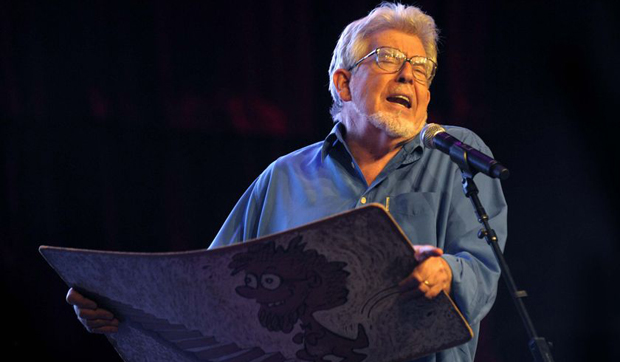 Southwark Crown Court was left in shock today after Rolf Harris rejected the counsel from his legal team and used playing the wobble board as his primary defence against allegations of sexual assault.

Solicitor Michael Wainslow told WWN how his firm pleaded with Harris to heed their advice but no avail. “After Mr. Harris informed me of his plan, I had to explicitly explain to him that should he ignore our advice he would most certainly die in prison. But he insisted that the jury would be swayed if they heard Tie Me Kangaroo Down, Sport again.”

The wobble board is a type of musical instrument that is played by using any large flexible piece of material. It is held lengthways and flicked outwards creating the familiar ‘whoop whoop’ sound. The Australian-born entertainer popularized the use of the wobble board in the 1970s.

While the jury were largely appreciative of Harris’ impressive wobble board skills, they felt it hardly made up for the numerous instances of child sex abuse.