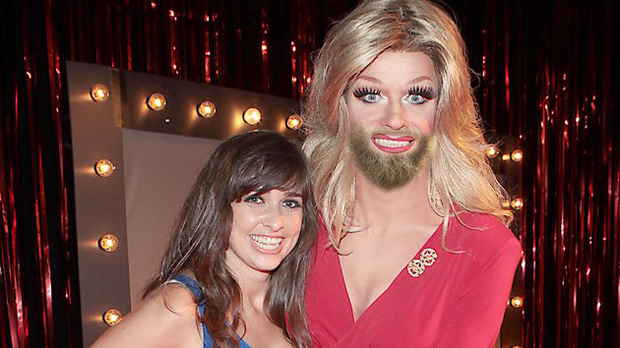 RTE chiefs have already started preparing for next year’s Eurovision song contest with a plan to emulate this year’s winning entry, which saw Austrian “bearded lady” Conchita Wurst emerge victorious with the song “Rise Like A Phoenix”.

Having failed to make it out of the semi-finals this year, reports suggest that Donnybrook officials want to encourage Panti, the First Lady of Irish Drag, to throw away the Mac 3.

Although Ireland holds an impressive record at the prestigious song contest, the past decade has not been kind to our entrants. On several occasions, including this year, the Irish entry has failed to make it out of the qualifying stages. This has been blamed on everything from countries block voting for their neighbours to a Europe-wide vendetta against Ireland for their Celtic Tiger excess.

Eurovison experts in Donnybrook have pinned our recent calamities on our failure to give those crazy foreigners exactly what they want.

“Our songs have been fantastic, year after year” said RTE man Ronan Tiernan. “So there’s no problem with the acts we’re sending. What we need to do is just play to the European tastes.

“We thought we had it a few years back when we sent Dustin the Turkey; the Eurovision loves novelty shit like that, so we thought we were elected. But the fucking block voting got us again”.

Having studied this year’s contest closely, Tiernan thinks he knows exactly what to do next year.

“Drag queens with beards… how did we not think of that?” exclaimed Tiernan, Donnybrook’s youngest ever Head of Eurovision Planning. “We should have seen this years ago, after Dana International. Drag queens and transgendered people, that’s the way to go. So our plan is to pursue Rory O’Neill, better known as Panti, and get him to not shave for a year.

Next years contest will be held in the Austrian capital of Vienna, and is not expected to feature a winning song by Ireland.