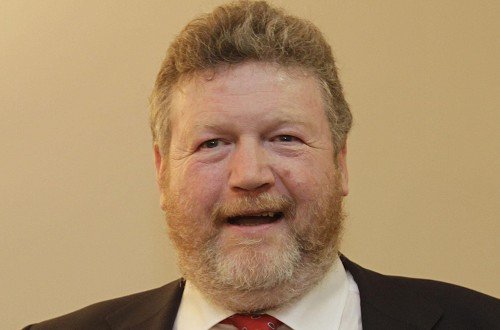 Under fire Minister for Health James Reilly has been controversially granted permission for what neighbours have called an ‘unnecessary’ and ‘unsightly’ 4th chin.

Construction on the minister’s 4th chin has yet to begin, but it is speculated that this latest move along with the news that the HSE’s budget is facing a hole of €530 million has made is position almost untenable.

“I’d love to know how he managed to get the permission, the size of the bloody thing,” shared one unhappy neighbour Deirdre Gowan, “sure we barely get any light into the house, this latest construction will block it out altogether.”

With a cabinet reshuffle expected after local and European elections Reilly’s days as a prominent minister may be over.

“I think the public were able to stand the fact that he was on his way to implementing a disastrous free GP care scheme, but the Irish public draws the line at 3 chins for a health minister,” shared an anonymous Government insider.

“I don’t like to name names, but we’ve had previous ministers with 4 chins and it hasn’t ended well,” added a current minister, “let’s just say their name wasn’t Fairly Blarney,” the unnamed minister added.

While the planning permission was granted to Reilly in his capacity as a private citizen it has not stopped the structure’s extension being used for cheap political point scoring.

Fianna Fáil leader Micheál Martin was quick to give his opinion, stating that the minister was ‘a tubby chubby blobby hobby’. The FF leader was pressed for further comment on the matter but remained silent.