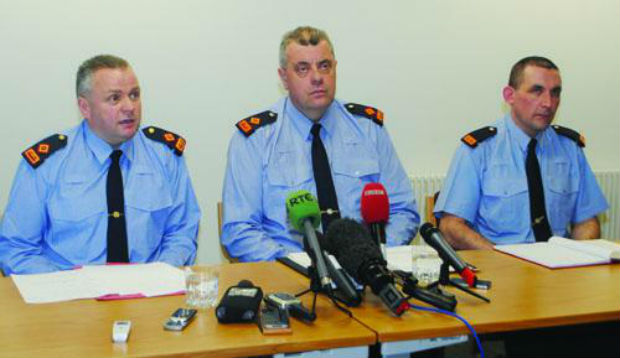 Gardaí have today made a fresh appeal for witnesses to the assault of young Cork student Cian Delaney.

Mr. Delaney (20) was found by a passerby earlier this week in a disused industrial park on the outskirts of the city, he was quite shaken and badly beaten.

CCTV footage made available to WWN shows a man leaving the Old Oak Bar in the centre of the city shortly after Mr. Delaney.

Gardaí stressed the man wearing the balaclava was not under suspicion by the Gardaí but would be of great assistance in painting a picture of how events unfolded on the night in question.

Chief Superintendent Ray McAndrew went on to emphasise they were confident the witness would come forward.

“We sincerely doubt the blood on his clothes had anything to do with Mr. Delaney’s assault, the baseball bat he was carrying on his person was of course for recreational use,” explained McAndrew.

“Although there was a manic look in the gentleman’s eyes judging from the CCTV footage, we are aware of his innocence and he is purely a vital witness. Honestly, just come in to have a chat, that’s all.”

When asked, some pressing questions by WWN Mr. McAndrew asserted once again the innocence of the witness. “It does appear yes, he is carrying a bin bag with a carcass in it, but in fairness it may be a pig’s carcass perhaps he is a butcher taking some work home. I believe the masking tape and cable ties he has in his hands are for the same work related purpose.”