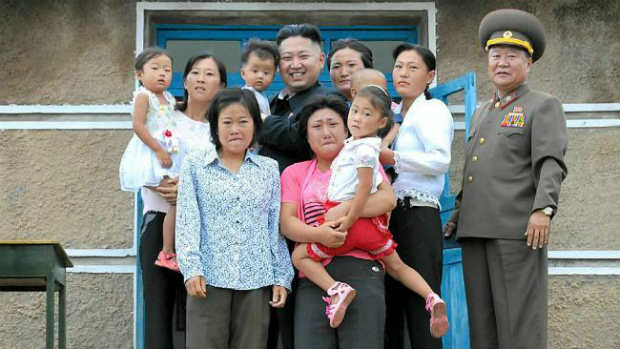 FAMILY MEMBERS of North Korean supreme leader Kim Jong-un are said to be ‘very worried’ about what to get the 30-year-old man for Christmas.

“He so fussy all the time and so difficult to please.” said first cousin Hishi Ding-Dong. “Last year his uncle bought him aftershave, and look what happened him.”

Recently, Kim Jong-un had his uncle Jang Song Taek’s executed for supposedly ‘conspiring with the enemy’, but family members believe there was a more of a selfish reasoning behind his order to kill a close family member.

“Jong-un didn’t like the way his uncle spoke down to him,” said another family member, who wishes to remain anonymous for fear of being blown to pieces by mortar rounds. “Song Taek was terrible at buying gifts and was noted in the family for his lousy presents. I remember this one time he got me a fake Tamagotchi keyring ”

“Actually, now that I think about it, he probably deserved to die.”

The dear leader is said to have an expensive taste in clothes and electronic goods, spending large sums of state money on extravagant items such as gold plated I-Phones and Calvin Klein underwear.

“What do you get for a man who has everything?” asked another cousin.

To which our Asian correspondent replied: “How about a decent haircut?”