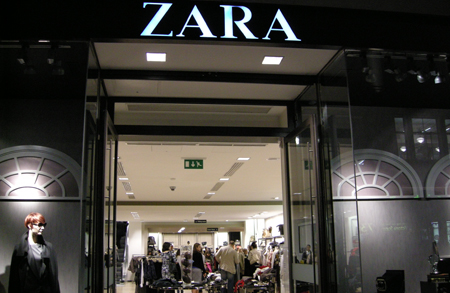 THE CITY of Waterford will lose its current status due to not owning its own franchise of Zara, environment minister Phil Hogan said today.

The decision came after hundreds of female shoppers flooded Mr.Hogans department with letters of complaint, stating that Waterford city isn’t really a city unless it contains the fashionable store.

“Fuck your bleeding cathedrals to say it’s a city,” said 26-year-old Jennifer Geraghty, who is a regular shopper from Dublin. “This is the twenty first century! No Zara, no city!”

Zara, a Spanish clothing and accessories retailer, is said to be the epicentre of every city woman’s shopping spree.

“I’d usually start off there and end there if I didn’t find anything else.” added Ms.Geraghty. “I won’t even go near Waterford for shopping. All they got is Debenhams! Are you friggin’ joking me?

“No wonder all the young wans down there are all dressed like knackers!”

The department of the environment said it is currently looking into a complete downgrade of both Waterford and Galway in the next six months, if there is no Zara franchise future for them on the cards.

Meanwhile Athlone town is set to be upgraded to a city status later this year.