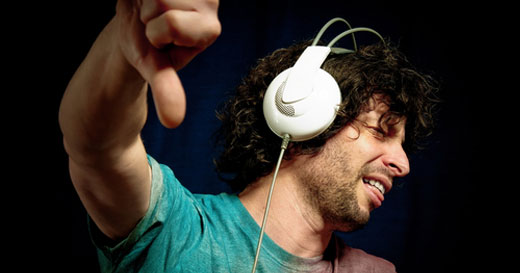 IRISH MUSICAL expression reached its zenith at approximately 2.30am this past Saturday night as DJ Robby J had the attendees of Jade O’Connor’s 21st birthday grooving to the unique musical stylings of Robin Thicke’s ‘Blurred Lines’.

It has been reported that during the sweet joyful ode to female objectification that is ‘Blurred Lines’ the 29-year-old DJ managed to transcend the often diverse cultural fabric of modern Ireland to unite everyone present in the communal act of questionable dancing.

Some in attendance observed that it was in fact the third time the professional DJ had played the hit song, but try telling that to the literally tens of people who packed out the dance floor of a private function room in Dicey’s on Harcourt Street.

The birthday girl Jade believed Robby J was worth every penny of the €60 euro an hour fee her parents were paying him clearly unaware that he had simply pressed play on his iTunes while simultaneously throwing shapes and ‘turning’ some knobs.

WWN spoke to a number of people on the night in order to capture the truly unique experience.

“You know, day one, no, no, one day”, began a sober party goer, “they’ll put a plaque up outside saying this is where Robby Jay Jay started it all”.

Robby J received even higher praise from a gentleman who spent much of the night on the dance floor.

“I saw Daft Punk at Oxegen, Tiesto out in Ibiza, Obama on Dame St but Robby J tops it all. D’ya see the way his hands were going mad at the decks like they were almost hovering above everything not even touching them. Fucking class, he is!”

DJ Robby J was unable for comment when WWN approached the decks as he had stuck iTunes on shuffle and gone out for a smoke.

Later, a call placed to his number turned out to be a dead end as it reached the answering machine of someone named Robert James Lowry.

Reports suggesting DJ Robby J will play the o2 are as yet unconfirmed.