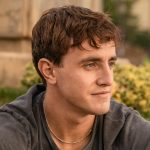 IT’S a huge day for TV shows made by the BBC which RTÉ then try to pass off as their own as intimate Irish drama ‘Normal People’ bagged multiple Emmy nominations, WWN can confirm. However, despite seeming like a cause for celebration, outrage among fans of the show has been palpable as the show’s real… Read more » 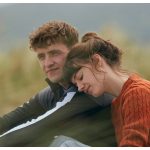 NEW figures released by RTÉ show that almost half a million dirty bastards tuned in to watch the latest episode of acclaimed new drama series Normal People, currently streaming in glorious 144p on the RTÉ Player. The state broadcaster noted a 300% increase on last week’s episode, with viewership split between those who tuned in… Read more » WE’VE had our film and music lists of the decade and now is the turn of TV, a medium which has transformed in the last decade to arguable usurp film, theatre, art and music as the dominant and most influential cultural forms of the 2010s. In a change from the conventional, stuffy and needless esoteric… Read more » THERE was great news for sports fans in Ireland this morning, after RTÉ announced the return of Premier League football to terrestrial TV in the New Year, thanks to ‘a lad they know’. The under-fire state broadcaster has faced criticism due to its catastrophic financial position, with an aide to director general Dee Forbes admitting… Read more » 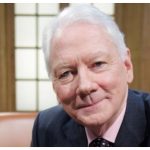 THE NATION has been given compassionate leave today as it deals with the passing of Ireland’s official grandad and first acceptable Gay, broadcaster Gay Byrne, who passed away aged 85. The role of the nation’s grandad is now occupied by president Michael D. Higgins who has been placed in a secure facility made entirely of… Read more » BRITISH archaeologists excavating Silbury Hill at the ancient site of Stonehenge have today unearthed what is believed to be the skeletal remains of 3,000-year-old teletubby, placing the extinction of the humanoid race even later than previously thought. During a routine dig, archaeologists working under Professor Gareth Montini of Oxford University discovered an unusually enlarged skull in a mounded area near Stonehenge,… Read more » 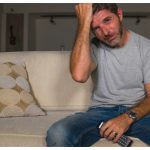 WATERFORD man Sean Healan has resolved to ‘stay strong’ and not show any emotion following the cancellation of long-running fashion, entertainment and gossip show Xposé, which has been axed as part of a Virgin Media Ireland revamp which Healan describes as ‘a fucking outrage’. Since its inception in 2007 on TV3, the then-daily show heralded Healan… Read more » INSISTING it’s really no trouble at all local Waterford man Ciaran Shelley is happy to showcase his cat like reflexes on the pause button if you’re going to talk over a TV programme while it’s on, WWN can reveal. “No, it’s fine. Go on, what were you going to say?” Shelley is happy to respond… Read more » 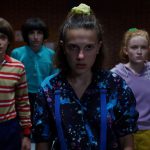 NETFLIX’S 80s-set hit show is back with a bang in its third season and WWN is here with a recap the first episode. Everything fans love about Stranger Things is still in place; including Eleven’s nose bleeds, a manic Winona Ryder, David Harbour’s sexy sheriff Dad Bod, the good-natured hijinks from the gang of teenagers… Read more »