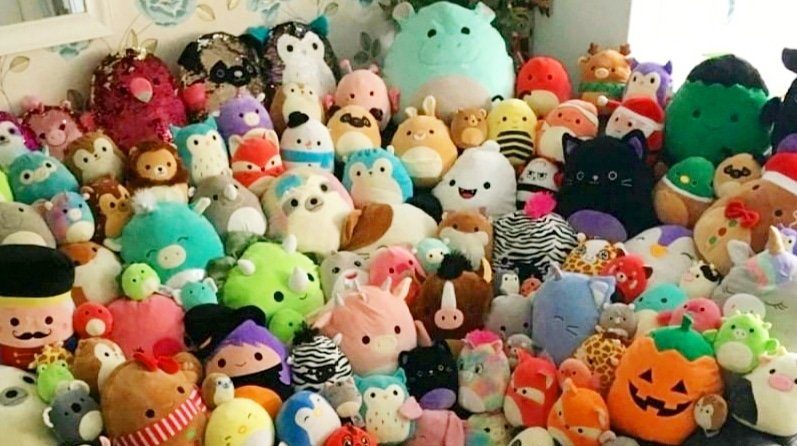 ACHIEVING revenue in excess of €1bn for the first time ever the Irish and UK arm of Smyth Toys have conceded that the bumper income is mostly down to the crippling Squishmallow addiction of one Waterford 6-year-old.

Cara Carney, of Dunmore East has had her parents on the verge of bankruptcy for much of 2022 with her undying desire for a neverending supply of the popular cuddly toy range.

“It’s good news for Symths sure, but I’ve had to participate in underground bare knuckle boxing tournament just to keep her in Squishmallows,” said Kevin Carney, who has also had to sell various internal organs on the black market.

Cara, who started out 2022 as a normal, child changed utterly when she got her hands on a Squishmallow with the potent illicit squishiness of the toy altering her brain chemicals.

“We foolishly thought she’d be happy sleeping next to the one Squishmallow, but her pleading never stopped. The worst days are the 5th day after she get’s a new one, the high starts to wear off and she begins sweating and shivering, she’s get quite demanding too” explained Cara’s mother, Joanne Carney.

Despsite her collection growing to a staggering 13,000 Squishmallows, a troubling low came when Cara sold her older sister’s Nintendo Switch at school in exchange for a Nemo Squishmallow.

“She was so clouded by her addiction she didn’t have the presence of mind to realise she could have swapped in for at least six Squishmallows,” added Kevin while he was getting ready to slice a kidney out and sell it on the dark web.

Elsewhere, the remaining bulk of revenues recorded by Smyths have been attributed to fathers’ buying Lego sets for themselves under the guise of getting them for the kids.