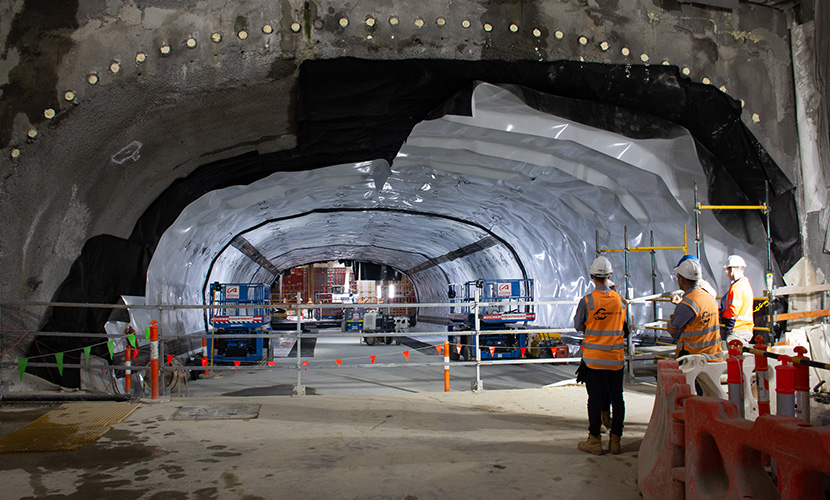 SEQUESTERING funding earmarked for the proposed Dublin MetroLink to the airport, the Department of Transport has decided to streamline the process by digging a MetroLink directly to Australia.

“With 7 in 10 young people contemplating emigration because…well, have you looked around this place lately? This fact coupled with the impending recession we thought the OzTunnel would save on a lot of CO2 generated by endless one-way flights down under,” explained chief emigrant-herder at the Dept. of Transport.

“I think young people see the writing on the wall; you need to take out a mortgage just to afford rent and the last time a recession hit the government cut dole for under 25s,” offered a spokesperson, sticking the ceremonial shovel in the ground on the MetroLink Very South project that will cost the tears of friends and family members of emigrants left behind.

While the government acknowledged it may take a number of years to complete, if people begin walking through the hole currently being burrowed by construction firms they might get to Australia before young workers are subjected to tax hikes and levies which will be used to pay for the State pensions of retiring workers.

The OzTunnel will be compatible with a Leap card with just one single stop in between the destination, where commuters can take a piss break at the earth’s core.

“Instead of thousands of flights and airport chaos, we’ll just chuck all the people who feel Ireland offers them no hope of a life into one big long subterranean Luas,” confirmed the emigrant-herder.

Asked why there aren’t metros going in the Australia-to-Ireland direction, the Dept of Transport said “c’mon, like anyone is foolish enough to come home”.