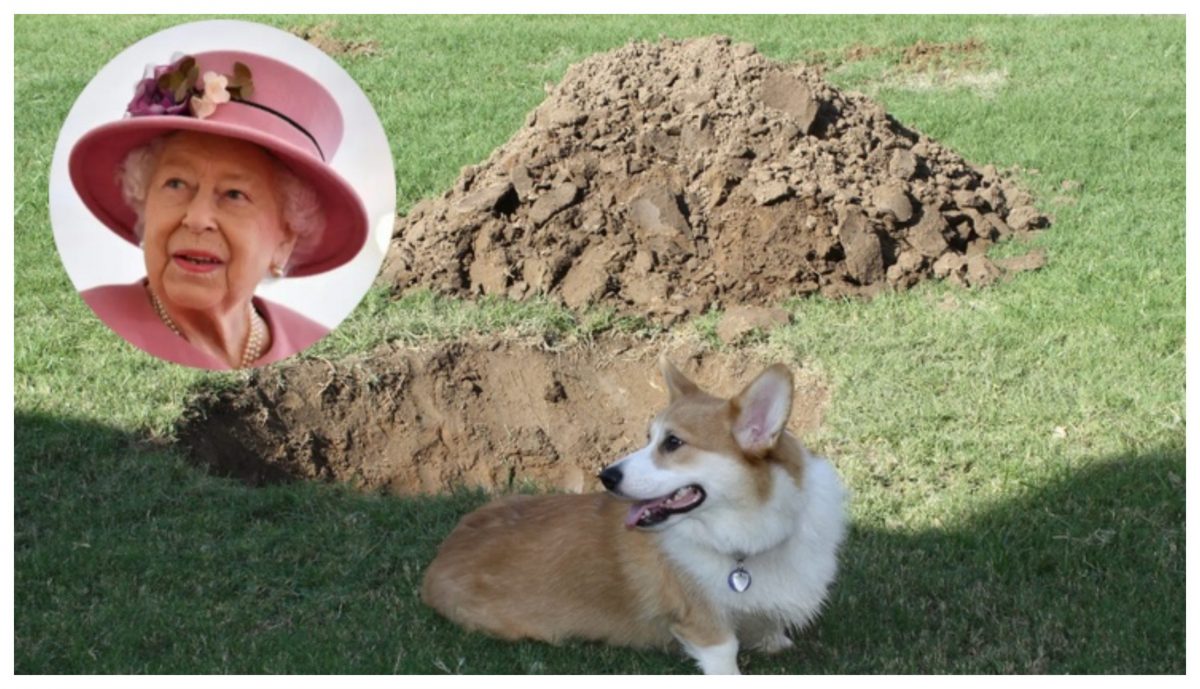 IN A nightmare scenario, the only one which was not foreseen as part of the extensive ‘London Bridge’ plans which covers the Queen’s death and funeral, a number of the royal’s corgi have dug up her burial plot moments after the departed monarch was placed in the ground.

“Sadly some royal guards had to shoot the dogs, but these guards are so ashamed of the regretful but necessary action they’ve taken, they’ve agreed to being shot themselves,” explained royal expert Cecil L. Shaftsbury.

As the horror unfolded there were reportedly loud screams from the mourners at the graveside, as one corgi carried what looked like a royal arm in its mouth.

Despite being in the care of Price Andrew, an expert groomer, the dogs broke free of their leads and sniffed out their beloved owner within minutes.

“Evidently no one checked the outfit the Queen was buried in, there were a number of dog treats in the pockets,” explained Shaftsbury, “the dogs’ hunger was significant as they hadn’t eaten for a number of days due to the royal protocol pertaining to royal dogs in mourning – so they didn’t just stop at the treats, one of them even ate half a crown”.

Human flesh-consuming corgis present a problem for the Palace as the feeling is once they’ve gotten a taste of blue blood they won’t stop.

“Charles’ fingers look like fucking sausages, so if you think we can risk keeping these dogs around you’ve another things coming,” said one royal guard reloading a shotgun before tracking down the remaining corgis.