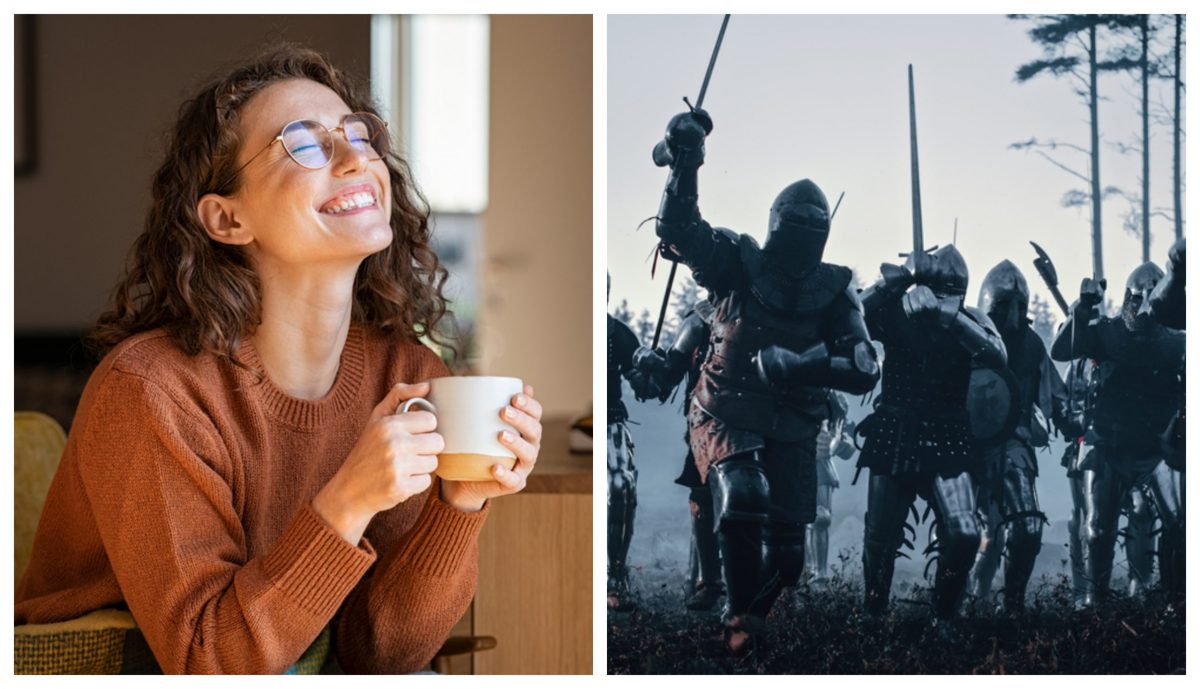 IT’S hard to imagine that there was ever a time when you could pay a visit to an Irish house and not be offered a cup of tea, but that was very much the case as recently as the 16th century, when importers began to ship the product from the Far East for the first time. Although initially, they were only bringing it to aristocrats in Britain, how it got to your mam’s house is another story entirely:

1650: Tea is initially introduced into British society as a medicinal drink, believed to ease aches and pains and afflictions. In colonised Ireland, the Irish people do their best to ensure that their English invaders have plenty of aches, pains and afflictions that need easing.

1680: Tea begins to make its way out of the English kettles and into the Irish homesteads, following looting raids on the Crown’s forces. Initially the Irish didn’t know what to do with the strange leaf, but nevertheless found great sport in using the drink to lampoon their oppressors. “Look at me I’m an English prick drinking his tea, sip sup sip!” they would laugh, while secretly growing fond of the beverage.

1760: Almost a hundred years later, and the Irish are well on their way to being the tea-loving nation we are today. This however, was a cause of strife as the British could easily identify rebels by checking their homes for tea that had clearly been stolen from English camps. “Hey that’s mine, my cousin Seamie in China sent it over to me,” the Irish would plead while being lead to the gallows.

1800s: Throughout the entire 1800s, tea becomes an integral part of the Irish rebellion against the hated British. Every meeting, every plot, every raid, every funeral, all had to include a nice cup of tea for everyone involved. Burn a settlement? That calls for tea. Get routed by the English? Tea. Have a genocidal famine inflicted on you, forcing you to flee your homeland? Ah sure you’ll have a cup of tea before you go.

1921: With a new century comes a new independence, with Ireland finally free from the yoke of British rule. Ireland, on the cusp of a treaty that would see it rule their own lands, comes to a stalemate over the issue of British tea still being available in the soon-to-be Free State. De Valera was okay with it. Collins wanted a complete break from it, cold turkey, let the English take their tea and shove it. You may have thought the Irish civil war was over the north of Ireland, but this is the real story.

1945: Although the tea civil war has cooled off, a new batch of fighting breaks out over whether the nation should adopt loose tea as standard, or switch to these new teabag things. Purists are adamant that loose is the way to go. Separatist baggers say other wise. Blood must be shed.

1980: As the Troubles in the north continue to wreak havoc on life in Ireland, tea remains the only consistent in this crazy world. Protestants, Catholics, Free Staters and Nordies alike, all enjoy a nice cup of tea while they complain bitterly about how much they all hate each other’s stinking guts.

2007: Post-GFA and bang in the middle of the Celtic Tiger, Ireland begins to get some notions about itself. Coffee creeps into the market, edging tea out of the equation. The idea that Ireland may be about to drop tea as its beverage of choice sends seismic ripples through world markets. Many believe this to be the moment the global economic crash begins.

2019: On an all-new high, the Irish demand for tea forces Chinese farmers to expand their lands to ensure supplies are adequate. “Bulldoze a few of them wetlands, sure the bats that live there will find a new home,” they are told. “Watch out there, some of them seem to have runny noses. Plough on, you’re grand”.

Present day: Tea remains a cornerstone of Irish existence, to the point where any house that doesn’t at least offer a visitor a ‘drop in their hand’ can be hit with fines of up to 500 euro and a month in jail.