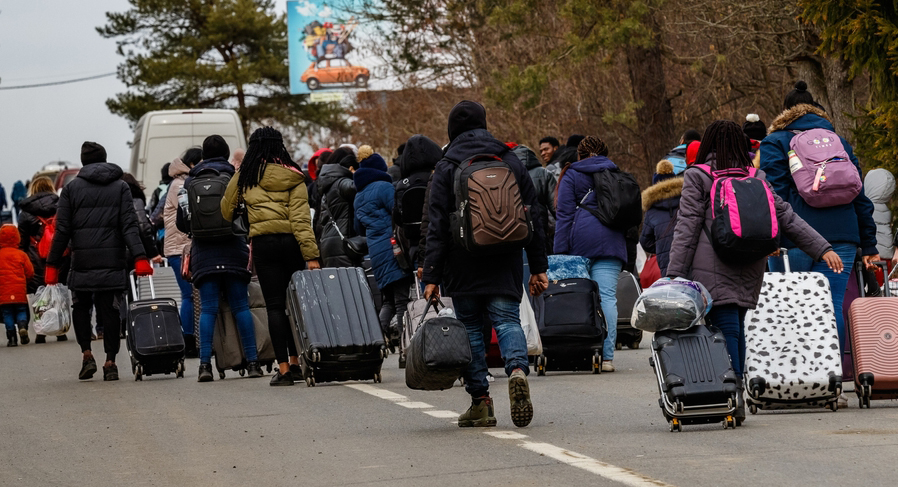 WITH the initial céad míle fáilte having faded from memory, certain sections of Irish public have hardened their feeling towards refugees fleeing war, WWN can reveal.

Taking the temperature across a number of locations in Ireland, WWN learned that Ukrainian refugees are becoming the easy scapegoats for every issue or problem in contemporary Irish society.

1) You might have no clue why the ban on commercial turf sales is the fault of Ukrainian refugees but your uncle and those 12 new Facebook groups he’s joined, all called Sons of Éire, certainly feel they can link it to them.

2) Waterford woman Jodie McCormick is blaming Ukrainian refugees on the end of her marriage, and we’ll give her this one as Michael was hovering around the hostel where some PTSD-stricken women were housed since March.

3) The rise in minimum wage. Certain local businesses thought they were onto a winner with refugees providing a steady stream of cheap and vulnerable workers, but according to one business owner who’s never met an employment law he couldn’t ignore, it’s them Ukrainians who convinced the government to up the minimum wage.

4) Student accommodation shortage. It’s not the continued lack of communication and organisation between government departments and NGOs housing refugees that are to blame, it’s the refugees themselves.

5) Your sore shin. Who moved the coffee table in the apartment you in by yourself and forced you to absentmindedly walk into it? Well, there can only be one reasonable conclusion.

6) That stiff back. You didn’t have it in February when there no Ukrainian refugees, but you have it now. Coincidence? No such thing.

7) Rise in attendance at mass. In need of the solace religion can provide in times of great distress, Ukrainians are attending mass and this is a bad thing according to local conservative mass goers.

8) The traffic. Despite 99% of refugees not having cars themselves according to one commuter stuck in traffic “the roads ‘sense’ the extra 50,000 people in the country”.

9) Whatever you’re having yourself. If you’re angry at someone or some issue, have at it. It can be all be Ukrainian refugees’ fault if you don’t think about it enough.