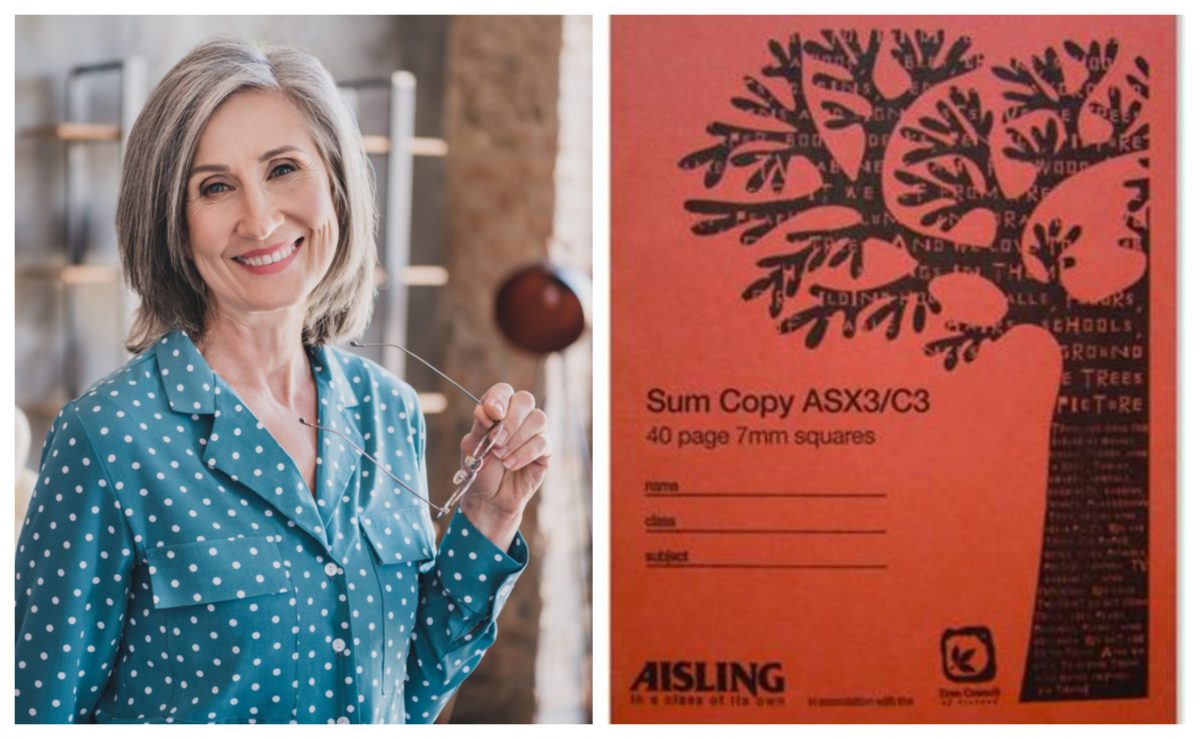 THE CHILDREN of Ireland are indebted to her, but so few know of the mind behind the invention of the humble copybook. Today WWN speaks to Aisling Scannon about her remarkable contribution to Irish schooling.

“It was the invention of homework; something de Valera and the Catholic Church invented when they were looking for a new way to make children suffer aside from the usual options, that required children to be jotting things down. For the longest time children had to write anything worth remembering on the back of their hands,” explained Aisling today.

“In those days there was the National Pencil Scheme, the country was so broke schools had the one pencil to share between them and each day a different child around the country got to use it. But as pencils became more affordable and kids got their hands on them – they all needed something to scribble on,” said Aisling of her lightning in a bottle idea of binding blank pages together.

Despite the trouble assembling the initial prototype (she had to wait several years for someone to invent the staple) ‘the Aisling’ went on to be a success spawning a range of copybooks. The initial success didn’t come without imitators.

“There were Aoife copybooks doing the rounds soon enough but once I sent a few lads around armed with some hurls and plenty of colourful language that Aoife wagon soon left the country. Then there were the cheap counterfeits ‘Ashling’. Again less than pleasant means had to be used there. You’d be surprised at the amount of violence needed to establish yourself in the kids copybook game”.

Aisling’s most ingenuous invention came next.

“I’d gotten into my dad’s poitín, there wasn’t much going on out our way. And then I had dream about covering books. I had no idea why but I thought it could work and even when I pitched it to school principals and teachers I’d no idea why I was suggesting it but then they bought into it. That’s were I made most of the money, in the school book covering craze of the 90s. People paying me for material to cover books with,” beamed Aisling, laughing.

Aisling then sold the business to the US conglomerate which owned the Busy At Maths empire for an 8-figure sum.

Content with a quiet life out of the headlines, Aisling continues to live in rural Waterford in a house shaped like one of her trademark copybooks designed by a Swedish architect.

“It’s handy when you need to jot down something important you might otherwise forget, the walls are lined with a 12ft tall ruler, but I’ve arthritis in my shoulders from using a rubber whenever I make a mistake”.