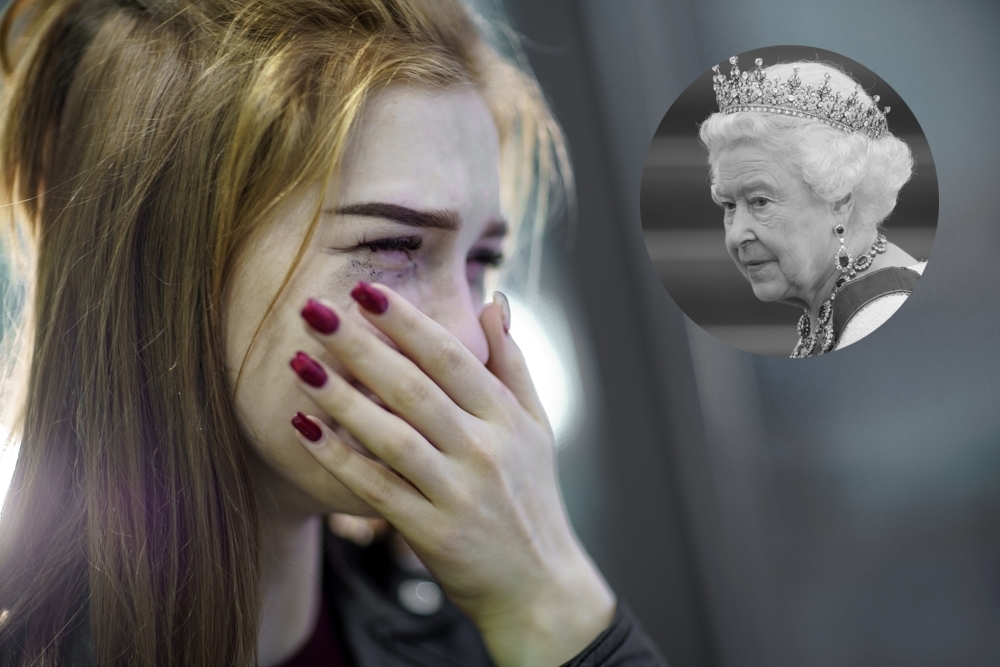 CHECKS are in place ahead of the Queen’s funeral to ensure that every man, woman and child in Britain shows sufficient grief, with harsh penalties in store for anyone that doesn’t meet the quota.

Special powers have been granted to the Royal Sadness Squad enabling them to storm the homes of anyone who considers themselves ‘over’ the death of the monarch, and impose a test to ascertain the following:

– Have you cried for the Queen today, and if so can you produce physical proof of this (ie handkerchief, red eyes, overly salty face).

– Have you made any negative mention on social media or otherwise about the cancellation of services including cancer treatments and food banks during the Queen’s funeral next Monday. If so, we need you to stand against your firmest wall for a moment.

– Have you contributed your share of the cost of the multi-million pound state funeral as a taxpayer? If yes, then contribute it again.

– Look at this picture of King Charles’ fingers. Repeat after me; ‘those are normal fingers’.

– Sign this form that states you are okay with the Queen being buried in a coffin that cost more than every house on your street combined.

– State that every action the Queen took in her life was right and just, from staying in Scotland after Diana died to bailing her son Andrew out of trouble when he was cruelly charged with heinous lies by some American strumpet.

– Agree that the Queen’s dogs are more important that your own children.

Following the survey, anyone found to not show signs of sufficient grief will be branded a traitor to the crown and sent to prison, or worse, to France.