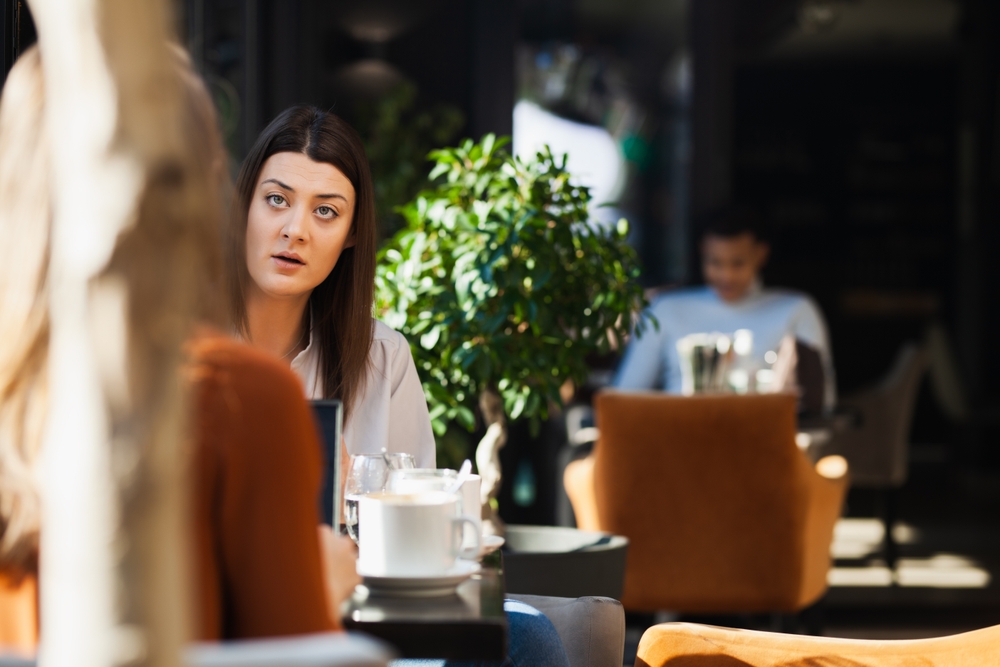 A WATERFORD couple’s date night has been temporarily halted after one of the pair insisted that they’re sitting across the restaurant from a person who may or may not be an actor who may or may not have been in something, WWN can report.

“I think it’s the lad from, what was that thing we watched there recently? On the telly. No wait, did we see it in the cinema? Look it up on IMDB there”.

Knowing better than to argue that entering ‘a thing we may have seen’ on IMDB was likely to return few if any results, Mr. Agnew pleaded with his girlfriend to allow him to just look one time, subtly, not in a way that would make a show of the pair.

“I can’t get a good look at him, but I think you’re right,” he said, after craning his head around a full 180 degrees with all the subtlety of a shipping vessel trying to free itself from the banks of the Suez Canal.

Catching up with the couple later, WWN are still none the wiser if their fellow diner is indeed that man from that thing, but there are a pair of penne al’arrabiatas going cold in front of them as they continue to stare across the restaurant at what may turn out to be a total stranger.