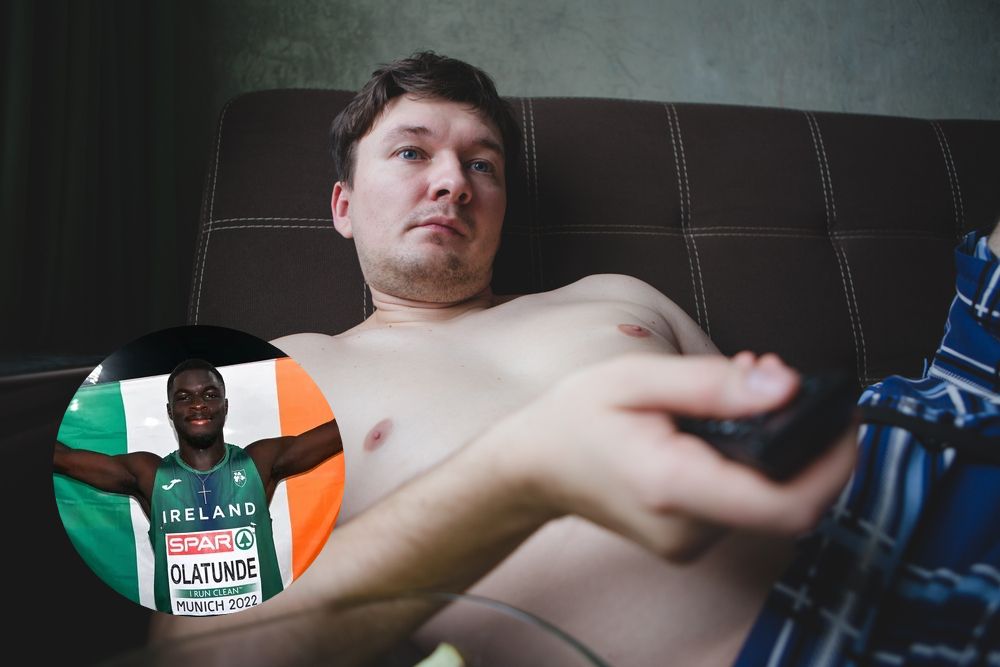 FRESH from his blistering performance at the European Athletics Championships in Munich where he set an Irish record with a 10.17 seconds time in the 100 metre final, Ireland’s newest sporting hero Israel Olatunde was brought back down to earth by claims made by local lad Jack Grogan.

“The name rang a bell alright and then I remembered flying by him, not gonna lie he had me in the first 20 metres but that’s probably ‘cus I was in that uneven lane at the Peace Link track and they made me give everyone a 50 metre head start,” explained Grogan of a Community Games gold medal win he has previously never made mention of to anyone before.

Grogan, who was forced to retire as an elite level athlete after dislocating a hamstring quad in his shin, was quick to point out that the race in question was back in 2014, a distant long forgotten time which sadly meant anyone trying to verify his claim would sadly find no record of it.

“Funny thing watching the semi-final and final, I could see he’s copying my sprint technique but look it I’m not mad, to be the best you’ve got to learn from the best,” said Grogan, in an exclusive interview with WWN from his couch and in between laboured breaths.

A sporting phenom the likes of which Ireland has never seen before Grogan explained that his victory over Olatunde came a year or two before he singlehandedly beat both O’Donovan brothers in the double sculls at the Irish Rowing Championships.

“I’m not sure Israel can have the title of ‘fastest Irishman ever’ until he beats me. I’m good for a sprint anywhere, the road outside my gaff, down the green, running for the bus, making it up to the bar before last orders is officially over,” added the 20-year-old, laying down a challenge to the Dundalk man.

Grogan confirmed he is available for a late call up to the 4×100 metre relay if Team Ireland is serious about securing a medal.